A suicide bomber has detonated his explosives in the offices of the Kabul police chief, killing a senior officer and injuring six others, Afghan capital’s police chief has said.

“A suicide bomber in military uniform carried out the attack on the third floor of the building, where my office is located,” General Mohammad Zahir Zahir told AP news agency on Sunday.

“I am fine, but one of my best officers, my chief of staff Yassin Khan, was killed and six were wounded,” Zahir added.

“We are investigating how he entered the police headquarters.”

Interior Ministry Spokesman Sediq Sediqqi said that the explosion happened at police chief’s office at about 9am (0430 GMT).

The compound is in one of the most heavily fortified areas of the Afghan capital and also houses the office of the Kabul provincial governor and the Appeals Court.

The explosion came about two hours after another blast reportedly occured in Kabul.

Defence Ministry Spokesman Mohammad Zahair Azimi said the prior explosion was an attack on an Afghan army vehicle that resulted in no casualties.

Taliban fighters have reportedly claimed responsility for both attacks.

Zabiullah Mujahid, a Taliban spokesman, said on his Twitter account: “This morning at around 9am, a martyrdrom attack was carried out by Maulawi Yaya Badakhshani inside Kabul police HQ while foreign advisors and police were meeting”.

Kabul is regularly hit by Taliban bombings, with the military, police and government officials among those targeted despite heightening security with multiple checkpoints, guard posts and armed convoys.

In the last major blast, four Afghan soldiers were killed and around a dozen people – including six civilians – wounded when a roadside bomb planted by the Taliban exploded on October 21.

That blast was a remote-controlled bomb targeting an Afghan army bus.

Afghan soldiers and police have taken on the lead role in thwarting the Taliban, but national stability could be at risk as US-led NATO troops pull out.

This year alone more than 4,600 Afghan soldiers and police have been killed in fighting, according to recent US figures. 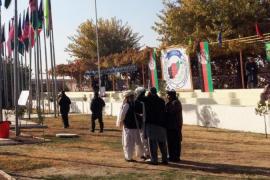 The Arbaki can secure Afghanistan better than the US

When US troops withdraw from Afghanistan, is a 19th century tribal solution the only option? 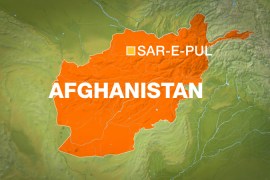 At least 22 soldiers and police killed and seven others kidnapped in attack on convoy in mountainous north. 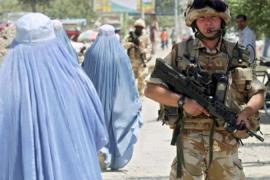 British hand Camp Bastion base in Helmand to Afghan troops, in withdrawal that went unannounced due to security fears. 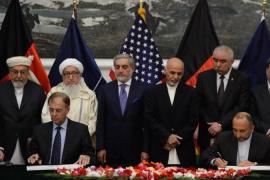 Long-delayed bilateral agreement allows some US troops to stay in country beyond this year.