The Romanian government has formally charged a former commander of a communist-era prison with crimes against humanity for the torture and deaths of 12 inmates.

Alexandru Visinescu denied the accusations and told a court on Wednesday that he was only following orders and that the fatalities were the result of natural causes.

His comment was contained in a statement read to the court.

Visinescu, who has not entered a plea yet and who plans to testify later, appeared agitated when the widow of General Ion Eremia, a former inmate, told the court on Wednesday how her late husband lost 50kg and was denied medicine in prison.

About 500,000 Romanians were held as political prisoners in the 1950s while their Communist government sought to crush all dissent.

Historians say one-fifth of prison inmates died then due to insufficient food and medicine, beatings and lack of heat in their cells.

Communism ended in Romania 25 years ago, but the country is still in the process of prosecuting crimes committing during regimes from the early 1950s to 1964, the year a general amnesty was declared.

Visinescu is the first of 35 former communist prison commanders who could be prosecuted for crimes against humanity.

Ion Ficior, who ran the Periprava labor camp from 1958 to 1963, will be tried for allegedly causing the deaths of 103 political prisoners. 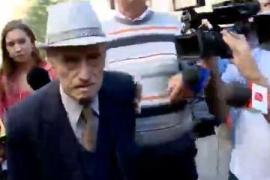 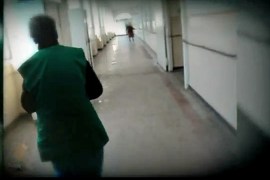 Disturbing evidence of abuse uncovered at state institutions for the disabled, many of whom have experienced abuse. 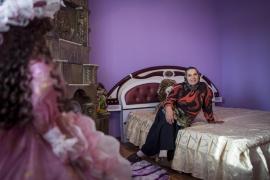