A gunman armed with a rifle has shot and killed a Canadian soldier guarding Ottawa’s war memorial, before being pursued by police into the national parliament building and shot dead himself.

The attack began at about 9.50am on Wednesday local time (13.50 GMT) when the man shot and killed the uniformed soldier, Cpl. Nathan Frank Cirillo. It was reported by Canadian media that the suspect then stole a car and drove to nearby Parliament Hill.

He was then confronted by police and killed. Video obtained by Canada’s Globe and Mail showed officers moving through parliament before an exchange of gunfire is heard. A body was reported lying on the ground after the gunfire.

Canadian local authorities confirmed the name of the dead gunman as Michael Zehaf-Bibeau, who was first identified by the US television network CBS. The 32-year-old suspect was deemed a “high-risk traveler” by intelligence services, and according to media reports he had recently had his passport confiscated.

No information has as yet been given as to a possible motive for the attack.

This kind of terrorist attack did not seem possible.


In a television address, Canadian Prime Minister Stephen Harper condemned the “brutal and violent” incident, adding that it was a reminder that “Canada is not immune to terrorist attacks.”

“Canada will never be intimidated,” he said.

Harper was holding a meeting with party members in the centre block as the gunfire erupted.

“PM was addressing caucus, then a huge boom, followed by rat-a-tat shots. We all scattered. It was clearly right outside our caucus door,” said Tony Clement, a member of the treasury board.

Another witness, Marc-Andre Viau, told the AFP news agency that he saw a man run into a meeting inside parliament, chased by police who yelled “take cover”. That was followed by up to 20 gunshots.

Police had by this point sealed the area and were combing buildings for more gunmen, with unconfirmed reports they were positioned on roofs. Police said the investigation was active but no one else had been found.

Gunfire was also reported at the nearby Rideau shopping centre, but police later said there was no such incident.

Speaking to Al Jazeera from parliament at 11.30am local time (15.30 GMT), as police continued to hunt for suspects, Senator Jim Munson told how his offices had been placed “in lockdown”.

“People are quite shaken. This kind of terrorist attack did not seem possible,” he said.

Parliament was still sealed by police at 5:00 local time (21:00GMT), according to Al Jazeera’s Jet Belgraver, who is reporting from Ottawa.

The attack came hours after Canada raised its terrorism threat level from low to medium, the highest it has been for four years.

It also comes two days after two Canadian soldiers were run over – and one of them killed – in Quebec.

Harper warned that the “facts are still being gathered” and said he condemned the “despicable act”. 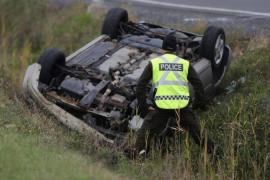 Terrorism threat level raised as suspect in incident which killed one soldier is identified as a young convert to Islam.