Baghdad, Iraq – Since the start of the week, fighters from the Islamic State of Iraq and the Levant (ISIL) make gains in Anbar province as Iraqi army forces have retreated, most notably from the town of Hit, which ISIL now fully controls.

This means that ISIL is now in parts of Ramadi and Fallujah, the two main cities of Anbar, and that they control Kubasia and Haditha. If the fighters take the town of Ameriya, then Anbar will effectively be theirs.

Ameriya is key as that is the border town between Anbar and the south of the country. If it falls, it would give ISIL a good position to mount an attack on Baghdad.

The top US general, Martin Dempsey, spoke to US TV channels on Sunday, saying that the only thing standing between ISIL and an all-out assault on the capital’s airport was a handful of US Apache assault helicopters.

Almost immediately the Iraqi army disagreed, releasing a statement saying that Iraqi forces were ready to take on any attack on the airport.

But even as Iraqi state TV showed troops in formation ready to defend it, Sunni politicians began to speak about the need for international troops to fight ISIL on the ground.

ISIL fighters have proved to be determined and the US-led air strikes have not dented their ambition. In exclusive video shot by Al Jazeera in Salahuddin province, one can see why they have been able to take control of huge swathes of Iraq and Syria.

They are focused and determined and use military tactics that will be familiar to anyone who has served in the army. But there is one crucial difference: for ISIL, surrender is not an option. For them it is, as their unofficial slogan goes, “Remain and Expand”. 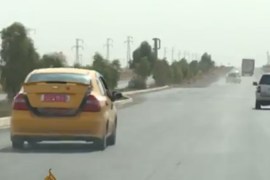 Drivers face dangerous journeys daily due to ISIL and Shia armed groups, which have taken over main roads. 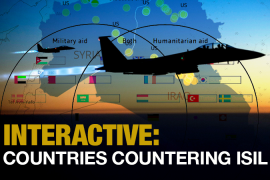 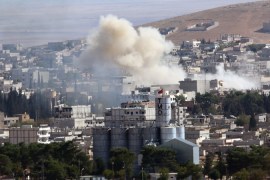 Analysis: Can US strategy defeat ISIL? 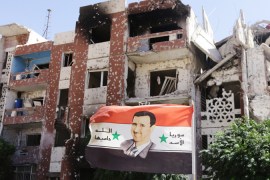 Getting rid of ISIL or Assad?

As the military campaign against the armed group continues in Syria and Iraq, differences among allies emerge.