A Saudi court has sentenced to death a prominent Shia religious leader and anti-government protest leader for “sedition” and “disobeying” the kingdom’s rulers.

Nimr al-Nimr, who is in his 50s, was a driving force behind demonstrations in the oil-rich east in 2011 against the kingdom’s Sunni rulers, in tandem with the Shia-led protests in neighbouring Bahrain.

He was arrested in 2012 and put on trial last year.

He was also convicted of seeking foreign interference in the country, a reference to Iran, his brother Mohammed al-Nimr wrote on Twitter on Wednesday.

Nimr’s family accused the court of ignoring his “peaceful and non violent approach”, saying the case had caused “social and political discontent”.

His relatives in the Eastern Province of Awamiya and Qatif said in a statement that the ruling was pure politics. They called for a dialogue with officials, “out of concern for our dear country”.

Most of Saudi Arabia’s estimated two million Shias live in the east, which is the home for the vast majority of the kingdom’s huge oil reserves.

Rallies in Saudi Arabia were prompted by violence between Shia pilgrims and religious police in Medina in February 2011.

At the same time, Saudi rulers had sent troops to aid Bahrain’s Sunni monarchy quell an uprising by Bahrain’s Shias.

Saudi courts have since sentenced people to death and jailed dozens for “forming a terrorist group” and other crimes linked to the protests.

Nimr said in November 2011 that Saudi Shias were “determined to demand our legitimate rights by peaceful means”.

He also demanded the “release of all those arrested in the protests, and all prisoners of conscience – Sunnis and Shia”.

King Abdullah called in August 2012 for the creation of a centre for Sunni-Shia interfaith dialogue.

However, discontent continues to simmer in the east, and breaking into occassional violence. 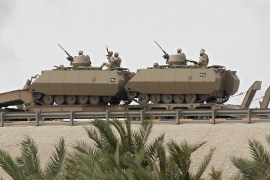 We ask if calls for a closer union between Gulf states are part of a broader strategy to counter Iran’s influence.