Iraq’s prime minister has urged residents and tribes in Fallujah to drive out al-Qaeda-linked fighters to avoid an all-out battle in the besieged city, a sign that the government could be paving the way for an imminent military offensive.

In a message broadcast over state television on Monday, Nouri al-Maliki said tribal leaders should help push fighters of the Islamic State of Iraq and the Levant (ISIL), who last week seized key towns in Anbar province, out of Fallujah.

“The prime minister appeals to the tribes and people of Fallujah to expel the terrorists from the city in order to spare themselves the risk of armed clashes,” the statement read.

We're talking about a matter of days only. More time means more strength for terrorists.


The fighters’ seizure of Fallujah and parts of the provincial capital, Ramadi, has marked the most direct challenge to Maliki’s government since the departure of American forces two years ago.

The army has surrounded Fallujah, which is just 65km west of the Iraqi capital, Baghdad. It is located in the vast Sunni-dominated and largely desert province of Anbar, which borders Syria, where ISIL fighters are also battling to topple President Bashar al-Assad.

Government forces have shelled and launched multiple air strikes against fighters over the past week, whilst armed Sunni tribesmen from the area are fighting on both sides. Officials say dozens of armed men have been killed, but the number of casualties among civilians, security forces and tribal fighters is not yet clear.

Maliki urged the Iraqi army to avoid targeting the city’s residential areas in the fighting.

Two local tribal leaders in Fallujah said meetings were being held with clerics and community leaders to find a way to persuade fighters from ISIL to leave the city and avert further violence.

Security officials said Maliki, who is also commander in chief of the armed forces, had agreed to hold off an assault for now at least to give tribal leaders in Fallujah more time to drive out the fighters on their own.

“No specific deadline was determined, but it will not be open-ended,” a special forces officer told Reuters of plans to attack.

“We are not prepared to wait too long. We’re talking about a matter of days only. More time means more strength for terrorists”.

Dozens of families fled the violence on Monday, heading towards the city of Kerbala, and have sought refuge in schools in neighbouring towns. 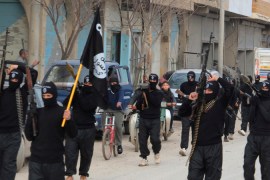 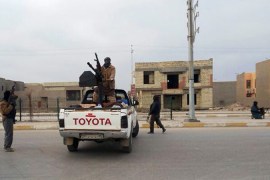