The UN secretary-general has withdrawn his invitation to Iran to join this week’s Syria peace talks, saying he is “deeply disappointed” by Iran’s statements on Monday.

A spokesman for Ban Ki-moon announced the withdrawal less than 24 hours after Ban surprised the US and others by saying he had invited Syria’s closest regional ally.

The withdrawn invitation came shortly after Iran’s UN ambassador declared the Islamic Republic would not join the Syria talks if required to accept 2012 Geneva roadmap.

“The statement today in Tehran by the foreign ministry spokesperson fell short by some measure of what the secretary-general expected to hear,” said UN spokesman Martin Nesirky, adding that the UN has been in close contact with the US and Russians over the weekend.

Nesirky said senior Iranian officials had assured Ban that Iran understood the terms of his invitation.

“The Secretary-General is deeply disappointed by Iranian public statements today that are not at all consistent with that stated commitment,” Nesirky said.

“He continues to urge Iran to join the global consensus behind the Geneva Communique.”

The talks are set to begin Wednesday in the Swiss city of Montreux, with delegations from the United States, Russia and close to 40 other countries attending. Face-to-face negotiations between the Syrian government and its opponents, the first since the three-year civil war began, start Friday in Geneva.

But Ban’s announcement on Sunday night that Iran was invited to Montreux angered Syria’s main Western-backed opposition group, which over the weekend had announced it would join the talks after intense international pressure.

Russia has said it would be a mistake not to include Iran. “Among the countries also invited are Australia, Mexico, the Republic of Korea, South Africa, Japan, Brazil, India, Indonesia, and many others. So if there is no Iran in this list than I think the peace talks will resemble a hypocrisy,” said Russian Foreign Minister Sergey Lavrov.

The US said on Monday it was hopeful after the UN withdrew Iran’s invitation and that all parties could refocus their efforts to end the Syrian civil war.

“We are hopeful that, in the wake of today’s announcement, all parties can now return to focus on the task at hand, which is bringing an end to the suffering of the Syrian people and beginning a process towards a long overdue political transition,” State Department spokeswoman Jen Psaki said in a statement.

Psaki said the purpose of the conference was to implement a 2012 plan to establish a political transition in Syria. 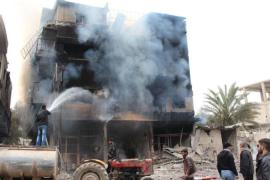 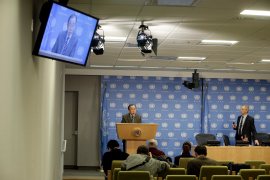 Opposition National Coalition says it will withdraw from conference unless Ban withdraws his invitation to Iran. 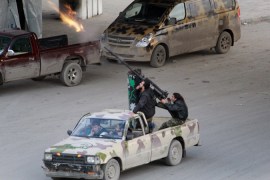