Israel’s defence minister has accused the US Secretary of State, John Kerry, of having an “incomprehensible obsession” with his push for Middle East peace, but later apologised for his remarks via a statement released by his ministry.

The US State Department on Tuesday described the Israeli Defence Minister Moshe Yaalon’s comments as “offensive”, in a mark of the degree of outrage in Washington at the latest public spat between the two allies, which follows a major disagreement over Iran policy.

“The American plan for security arrangements that was shown to us isn’t worth the paper it was written on,” Yaalon was quoted as saying in private conversations with Israeli officials.

Yaalon’s office issued an apology late on Tuesday, saying: “Israel and the United States share a common goal to advance the peace talks between Israel and the Palestinians led by Secretary Kerry.

“We appreciate Secretary Kerry’s many efforts towards that end. The defence minister had no intention to cause any offense to the secretary, and he apologises if the secretary was offended by words attributed to the minister.”

The State Department said Yaalon’s reported remarks were “inappropriate” for a minister in the government of a close ally.

“The remarks of the defence minister, if accurate, are offensive and inappropriate especially given all that the United States is doing to support Israel’s security needs,” spokeswoman Jennifer Psaki told reporters.

Psaki said Kerry and his team “have been working day and night to try to promote a secure peace for Israel because of the secretary’s deep concern for Israel’s future”.

“To question his motives and distort his proposals is not something we would expect from the defence minister of a close ally,” she said.

Kerry coaxed Israelis and Palestinians back into direct negotiations last summer and has since shuttled between the two leaderships.

His proposals include a security plan for the border between a future Palestinian state and neighbouring Jordan, involving high-tech equipment to enable Israel to reduce or end its troop presence on the ground, Israeli media say.

But Yaalon said the idea of technology replacing soldiers was naive.

“What are you talking about?” he reportedly asked Kerry during a meeting.

“I ask you: how will technology respond when a Salafist or Islamic Jihad cell tries to commit a terror attack against Israeli targets? Who will engage them?”

Yaalon said after years of living the conflict, he understood a lot more about the Palestinians than the US top diplomat.

“Secretary of State John Kerry – who arrived here determined, and who operates from an incomprehensible obsession and a sense of messianism – can’t teach me anything about the conflict with the Palestinians,” he was quoted as saying.

“The only thing that might save us is if John Kerry wins the Nobel Prize and leaves us be.”

Yaalon stopped short of apologising for the remarks in an earlier statement released by his office on Tuesday.

“The United States is our most important friend and ally. When there are disagreements between us, we discuss them in private,” it said.

But it added, “I will continue to be responsible and firmly maintain the security of the Israeli people.”

Yaalon’s public criticism of the US top diplomat earned him a rebuke from Benjamin Netanyahu, the Israeli prime minister.

“Even when we have disagreements with the United States, it is about the matter at hand and not about the person,” Netanyahu said at the opening of the winter session of parliament. 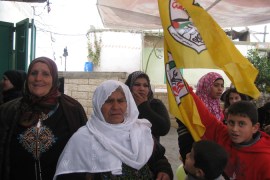 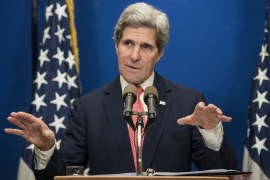 On tenth visit to region, US Secretary of State urges Israelis and Palestinians to make “tough choices” for peace. 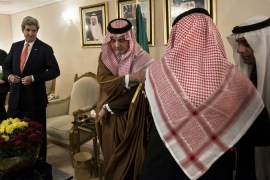 According to Israeli media, Netanyahu rejected a Kerry formula that will enable the return of some Palestinian refugees.