He was 85 years old and had been in a coma since 2006, when a stroke incapacitated him at the height of his political power.

“Ariel Sharon has passed away,” said Shlomo Noy, a spokesman for Sheba medical center in Tel Aviv, where Sharon was being treated for most of the past eight years, on Saturday.

Officials at the hospital announced a week ago that Sharon’s health had deteriorated sharply and that he was in “grave condition” with his family at his bedside.

“He was considered to be in a state of minimal consciousness, with ups and downs in his medical condition, and minimal non-verbal communication,” Noy said.

A state funeral is expected to take place on Monday at 1200 GMT at Sharon’s family ranch in the Negev desert in southern Israel.

His coffin will first lie in state at the Israeli parliament, the Knesset, on Sunday, and an official state ceremony will be held on Monday morning at the Knesset.

Sharon first had a small stroke in December 2005 and was put on blood thinners before experiencing a severe brain hemorrhage on January 4, 2006.

After spending months in the Jerusalem hospital where he was initially treated, Sharon was transferred to the long-term care facility at Tel Hashomer hospital.

He was taken home briefly at one point but returned to the hospital, where he has remained since.

Sharon was one of Israel’s most iconic and controversial figures. As one of Israel’s most famous generals, he was known for bold tactics and an occasional refusal to obey orders. As a politician he became known as “the bulldozer”, a man contemptuous of his critics while also capable of getting things done.

A prominent hardline voice for decades, he was elected prime minister in 2001.

In mid-2005, he directed a unilateral withdrawal of Israeli troops and settlers from the Gaza Strip. At the same time, Sharon encouraged tens of thousands of Israelis to move to settlements across the occupied West Bank.

He later left his hardline Likud Party and established the centrist Kadima Party.

He appeared on his way to an easy re-election when he suffered a stroke in January 2006.

His deputy, Ehud Olmert, took over and was elected prime minister a few months later.

Click through for a slideshow of scenes from Sharon’s life. 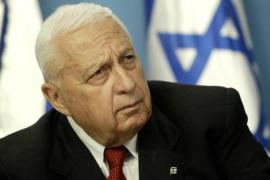 Sharon’s legacy is one of wanton destruction not just of Palestinian homes and lives, but of the peace process itself. 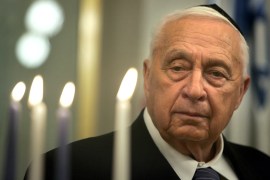 The legacy of Ariel ‘the bulldozer’ Sharon 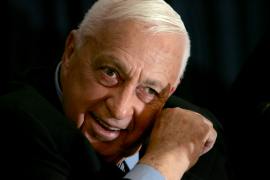