Unidentified war planes have attacked targets in the Libyan capital hours after fighters from the city of Misrata said they had seized the main airport from a rival fighter brigade.

Reuters news agency reported that Tripoli residents heard jets followed by explosions at dawn on Sunday but no more details were immediately available.

Meanwhile, Egypt denied taking any part in air strikes on Libyan fighter positions in Tripoli after the armed group that captured the airport accused the country of involvement in the recent attacks.

Libyan fighters from Mistrata have charged that Egypt and the United Arab Emirates were behind a raid around Tripoli airport on Friday night that reportedly killed 13 people.

In recent weeks Libya has seen the worst fighting since the NATO-backed campaign to oust Muammar Gaddafi in 2011.

Renegade general Khalifa Haftar has declared war on armed groups, which have become a cause of growing anarchy in the oil-rich country.

His forces claimed responsibility for air raids on Tripoli on Saturday and last Monday, targeting a group called Libya Dawn.

However, this group, consisting mainly of fighters from Misrata, said on Saturday that it had captured Tripoli’s main airport from a rival faction from Zintan in western Libya.

In the campaign to overthrow Gaddafi, fighters from Zintan and Misrata were comrades. But they later fell out and this year have turned parts of Tripoli into a battlefield.

Libya’s neighbours and Western powers worry the country will turn into a failed state as the weak government is unable to control armed factions.

The violence has prompted the United Nations and foreign embassies in Libya to evacuate their staff and citizens, and foreign airlines largely stopped flying to Libya. 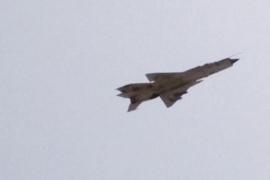 Renegade general claims responsibility for strikes on rival militia though ownership of planes remains a mystery. 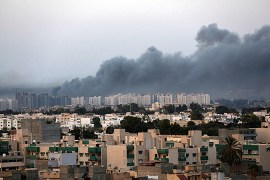 Armed fighters have backed the return of Libya’s previous parliament, as the country’s political crisis deepens. 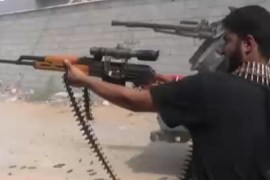