Australia’s government has repealed a carbon tax on the nation’s worst greenhouse gas polluters, ending years of contention over a measure that became political poison for the politicians who imposed it.

The Senate voted 39 to 32 on Thursday to cancel the tax introduced by the centre-left Labor government in July 2012.

The tax had charged the highest polluters $22.60 per metric tonne of carbon dioxide produced.

Conservative politicians burst into applause as the final tally was announced, the AP news agency reported.

Tony Abbott’s conservative coalition government rose to power last year partly on the promise of getting rid of the tax, assuring voters that removing it would reduce household electricity bills.

Abbott plans to replace the measure with a taxpayer-financed $2.4bn fund to pay industry incentives to use cleaner energy.

Australia is one of the world’s worst greenhouse gas emitters per capita, largely because of its heavy reliance on the nation’s vast reserves of cheap coal for electricity.

Opposition leader Bill Shorten lashed out at Abbott after the vote, dubbing him an “environmental vandal”.

“Today, Tony Abbott has made Australia the first country in the world to reverse action on climate change,” Shorten told reporters in Canberra.

“History will judge Tony Abbott very harshly for refusing to believe in genuine action on climate change. Tony Abbott is sleepwalking Australia to an environmental and economic disaster.”

The carbon tax, charged to about 350 of Australia’s biggest carbon polluters, was controversial from the start.

Former Prime Minister Julia Gillard had initially pledged not to introduce a tax on carbon emissions.

But after her Labor party was elected in 2010, she needed the support of the minor Greens party to form a government – and the Greens wanted a carbon tax.

Gillard agreed, infuriating a public that viewed the measure’s imposition as a broken promise.

In reality, the tax accounted for a relatively small portion of that increase, but many blamed it for the rise nonetheless.

In a desperate bid to improve their standing with the public, Labor replaced Gillard with previous Prime Minister Kevin Rudd, who promised to get rid of the tax and transition it earlier than planned to a cap-and-trade scheme, which would have significantly lowered the per-tonne carbon price.

But it proved too little, too late. Abbott’s party swept to power in last year’s elections, pledging to get rid of the tax for good.

In a fiery speech before Thursday’s vote, Senator Christine Milne, the leader of the Greens, called it an “appalling day for Australia”. 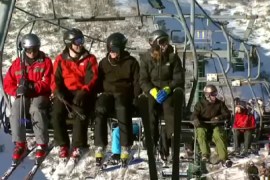 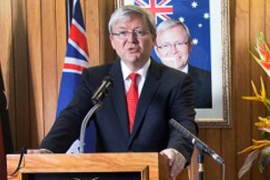