Peter Mutharika, the leader of the Democratic Progressive Party, has been sworn in as the new president of Malawi after the country’s election commission declared him the winner of the disputed polls.

Mutharika on Saturday urged the 11 other former presidential candidates to “join me in rebuilding the country” after some of them had contested the results.

The brother of the former president Bingu wa Mutharika, who died in office in 2012, took the oath of office with the vice president, Saulos Chilima, before a chief justice hours after the result was declared.

He said shortly after his inauguration: “Let me thank the other 11 candidates. We fought a good fight. It was robust, but gentlemanly. I want to invite [them] to join me in rebuilding this country.”

“It’s obvious that we are facing very serious problems in this country. No single person can do it.”

Banda has reportedly accepted the election results despite earlier this week stating the poll was null and void due to fraud.

Al Jazeera’s Haru Mutasa, reporting from Blantyre, said Mutharika swore the oath of the presidency so quickly to avoid facing contention from his opponents.

On Thursday, Maxon Mbendera, the head of the country’s electoral commission, said that the presidential elections were held in a free, fair, and credible manner although anomalies were discovered at over 4,000 polling stations.

Malawi was forced to deploy the army on the first day of voting last week after delays in opening the polls led voters to riot and burn down at least two stations.

Supporters of Banda have held a series of protests alleging that the vote was rigged in favour of Mutharika. 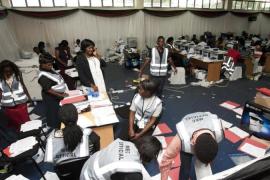 Head of electoral commission says presidential election has been “free and fair” though president nullified it. 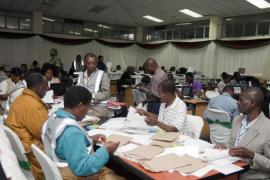 Electoral authorities to re-open ballot boxes after finding evidence of irregularities in the disputed polls. 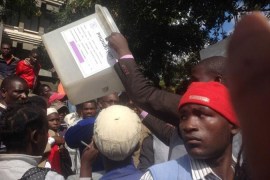