Tennessee has reinstated the electric chair as a death penalty option, following difficulties in obtaining drugs needed to carry out lethal injections.

The signing of the bill was confirmed by its sponsor, Dennis Power, who said afterwards that the electric chair would give Tennessee more options.

“We’ve had so many problems with lethal injections,” he said.

Other states are also exploring alternatives to lethal injections. Missouri has considered a five-person firing squad and gassing prisoners. Wyoming has also suggested the use of a firing squad.

The use of lethal injection is under increasing scrutiny in the US, especially since the botched April 30 execution of Oklahoma murderer Clayton Lockett.

He and a fellow inmate, Charles Warner, were due to be executed by lethal injection at Oklahoma State Penitentiary on the same day.

But there was a problem administering one of the three drugs in the cocktail and Lockett’s vein ruptured. He was left to die of a heart attack.

Warner subsequently received a six month stay of execution. The pair had mounted a legal challenge to know what drugs were going to be used to execution, but their efforts were unsuccessful.

In January a prisoner in Ohio took 26 minutes to die, prompting questions about the drugs being used in lethal injections.

The National Coalition to Abolish the Death Penalty said on Thursday: “We know that what happened in Oklahoma was not an isolated incident.

“We cannot proceed with executions in this country where evidence of the risk of executing the innocent is mounting, racial bias in sentencing is well documented, and legal protections against executing those with intellectual disabilities and preventing cruel and unusual punishment are disregarded by state lawmakers.”

The group made the statement after the US Supreme Court granted a stay of execution to Missouri prisoner Russell Bucklew. His lawyers say he suffers from a health condition that could lead to undue suffering from a lethal injection. 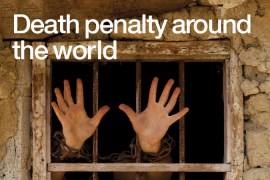 Infographic: Breaking down the death penalty

Al Jazeera looks at state-sanctioned killing around the world. 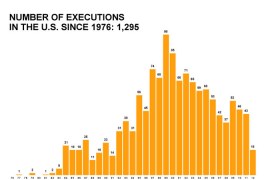 In numbers: The death penalty in the US

Which state has the most people on death row and which has carried out the most executions?