Pro-Russian rebels are holding a “self-rule” vote in eastern Ukraine, a move criticised by the US as “illegal” and which could pull the former Soviet republic apart.

Sunday’s poll, carried out as two “referendums” in the provinces of Donetsk and Lugansk, where armed men hold more than a dozen towns, marks a serious deepening of the political crisis in the country.

Although a “yes” vote would likely only be recognised by Russia, it would greatly undermine a presidential election which Ukraine is to hold in two weeks time.

The US and the European Union see the presidential election as crucial to restoring stability in Ukraine.

In a statement released on Saturday, Jen Psaki, the US State Department spokeswoman, said the referendums were “illegal under Ukrainian law and are an attempt to create further division and disorder”.

“If these referenda go forward, they will violate international law and the territorial integrity of Ukraine. The United States will not recognise the results of these illegal referenda,” she said.

In comments posted on Ukraine’s presidential website on Saturday, acting president Oleksandr Turchynov said the vote would lead to “a complete destruction of the economy, social programmes and general life for the majority of the population”.

“This is a step into the abyss for the regions,” Turchynov said.

Earlier on Saturday, France and Germany jointly threatened “consequences” on Russia if the presidential election is scuppered – echoing US President Barack Obama’s warning of automatic sanctions that would slice into whole sectors of Russia’s weakening economy.

He said “it does not specify what form that rule may or may not take. It is deliberately coy”.

Our correspondent also said the people in the east do not like the Kiev government but they do not necessarily want to break away.

A new poll by the Pew Global Attitudes Project shows a majority of those living in Ukraine – both in the restive east and more nationalist west – want the country’s borders to remain intact, Brennan said.

The self-rule votes and presidential election come amid intensifying violence on the ground in east Ukraine.

Troops have been battling the well-armed rebels, who have barricaded themselves in towns and cities in Donetsk and Lugansk.

Despite rebel claims that the polling will reach 90 percent of the seven million people living in these two provinces, the areas they hold account for less than half that population.

Polling stations opened in schools in rebel-held territories at 8am (05:00 GMT) and will close 12 hours later, according to rebel chiefs in the city of Donetsk.

However, like in Crimea – which Russia annexed in March after a similar referendum – Ukraine has been powerless to stop preparations.

The government and its Western backers accuse Vladimir Putin, Russia’s president, of deploying special forces in east Ukraine, as in Crimea, to see the vote through and to sabotage the May 25 presidential election. 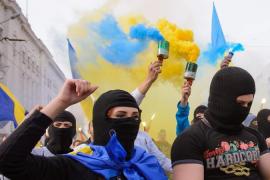 Workers and business owners in Ukraine feel the heat of recent turmoil as prices rise and capital flight intensifies. 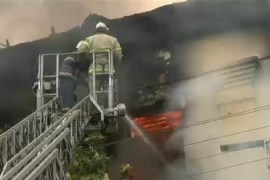 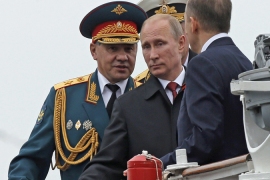 Ukraine says visit is a “flagrant violation” of its sovereignty and confirms that Russia wants to escalate tensions. 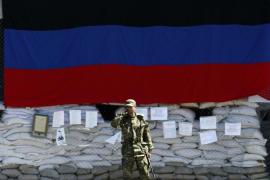 Separatists decide to hold referendum on independence as planned, despite Russian appeal for dialogue with Kiev.