Kabul, Afghanistan – Millions of Afghans have started voting to choose a new leader in an election that could lead to the first democratic transfer of power in the nation’s 5,000 year history.

All three men command a similar number of supporters and the race is seen as wide open with voters, analysts and longtime observers uncertain of the outcome – a rarity in a country where much in politics has traditionally been decided by backroom deals or through convoluted patronage networks.

Outgoing President Hamid Karzai has cast his vote early Saturday amid tight security across the country.


Al Jazeera’s D. Parvaz, reporting from Kabul, said two people including a police chief in Wardak province, were arrested for allegedly stuffing five ballot boxes in the district of Saeedabad.

Al Jazeera’s Bernard Smith, however, reported that turnout in the polls is high despite the threats of violence and weather disturbance in some parts of the country.

In an interview with Al Jazeera, political analyst Haroun Mir said that Afghan citizens know that the 2014 national and local elections are critical to the country’s future, which remains to be threatened by the Taliban.

The group has followed through on that threat, carrying out several attacks in the capital Kabul and across the country that have left many dead and created an atmosphere of insecurity – even with 352,000 troops on duty to provide security for about 12 million voters and 20,752 polling stations. Another 748 polling stations have been closed because Afghan security forces can not secure them, according to the IEC.

In a move that underlined the complexities of the race, a last minute drama unfolded on Friday when a rumour swept Kabul that Karzai, the incumbent, had switched his support from Rassoul – who as former foreign minister is seen as Karzai’s chosen successor – to Ghani.

“They are trying to capture power in this way, but it is absolutely unacceptable to the Afghan nation,” he said, adding that he was certain of Rassoul’s victory.

But he added: “I am not prophesising anything in advance. That is the decision of the Afghan nation.” 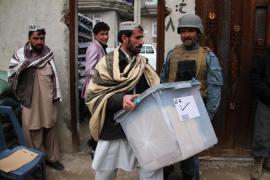 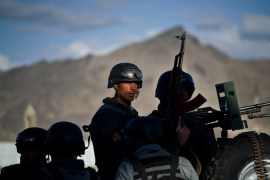 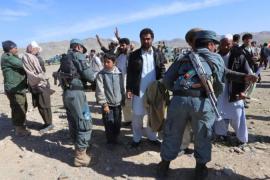