The Philippines and the country’s largest Muslim rebel group have signed a historic peace agreement, after 17 years of negotiations and decades of fighting that killed at least 120,000 in the southern island of Mindanao.

The comprehensive agreement on Bangsamoro is the crowning glory of our struggle.


“Let us cast aside past prejudices and contribute to the atmosphere of optimism that has for the first time in a long while become prevalent in Muslim Mindanao,” Aquino said before the signing.

“The comprehensive agreement on Bangsamoro is the crowning glory of our struggle,” Murad said refering to the Muslim homeland.

The agreement will create the Bangsamoro autonomous government with its own budget and police powers. A transition body will be put in place with local elections scheduled in 2016.

“After so many years of conflict, and so many lives lost, it is a momentous act of courage,” said Malaysia’s Najib. Malaysia is the Philippines’ nearest neighbour to the south.

“We are hoping that with the singular goal to achieve peace and development in the region, we will be able to breach all these differences and unite everybody towards the common cause,” Miriam Ferrer, the chief government negotiator, told Al Jazeera.

The new Bangsamoro government will also receive 75 percent of taxes collected in the region, 75 percent of revenues from metallic minerals and some control of fishing territories.

The original rebel group Moro National Liberation Front, which signed a separate agreement in 1996, and the Bangsamoro Islamic Freedom Fighters, which is fighting for an independent state, are excluded from the deal.

“The people in the Bangsamoro homeland are quite happy that there will be a conclusion to this conflict,” he said.

“We do not expect everybody to join now, because they are not even sure if the agreement will be implemented,” Lingga added. But he said that once the agreement is implemented, and people will see the “dividends of peace” he is optimistic that the splinter groups will “embrace the path of peace”.

He told Al Jazeera that the younger fighters on the ground, who have only seen war in their lifetime, are eager to go back to their families and lead normal lives.

Sam Zarifi, Asia Pacific director at the International Commission of Jurists, told Al Jazeera that the deal is a “very significant step” towards ending one of Asia’s worst internal conflicts.

“It’s a conflict that people forget, but for those of us who have been to Mindanao, it was a wild, lawless, insecure place,” Zarifi said.

“It will be difficult to implement, but it has to start somewhere,” he said. “And today could be a historic day forward.” 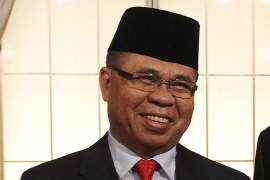 Murad Ebrahim: ‘Islam as a means to progress’ 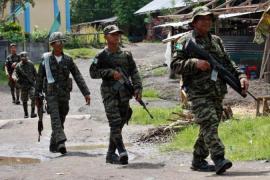 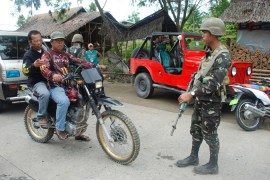