Planes and a ship scrambled to find a pallet and other debris in a remote patch of the southern Indian Ocean to determine whether the objects were from the Malaysia Airlines jet that has been missing for more than two weeks.

The search continues on Sunday as Australian Prime Minister Tony Abbott said there are credible leads in the case.

“Yesterday, one of our civilian search aircraft got visuals on a number of objects in a fairly small area in the overall Australian search zone,” Abbott said.

The pallet was spotted by a search plane on Saturday, but has not been closely examined. Wooden pallets are commonly used in shipping, but can also be used on planes.

It is the latest in a series of clues experts and searchers are trying to run down to solve the mystery of what happened to Flight 370 when it disappeared on March 8 with 239 people on board.

Mike Barton, chief of Australian Maritime Safety Authority’s rescue coordination center, told reporters in Canberra, Australia, that the wooden pallet spotted by a civilian search aircraft was surrounded by several other nondescript objects, including what appeared to be strapping belts of different colors and lengths.

It was not immediately known if any pallets were used on Flight 370.

Several small objects were identified 2,500km off Australia’s west coast, according to a statement released by the country’s Maritime Safety Authority.

The objects were spotted just 120km from where a March 16 satellite image showed debris, an image which refocused search efforts to the remote area of the Indian Ocean.

Abbott said debris spotted in the area include what looks like a wooden pallet.

“You would think that he would he would be fairly confident that there was a positive move in the search,” he said.

Sunday’s search has been split into two areas, covering 59,000sq/km of ocean thousands of kilometres off the coast of Perth, the authority said.

Our correspondent said that seven of eight aircrafts have left to return to the area in the Indian Ocean to resume the search.

In Kuala Lumpur, Malaysian Defense Minister Hishammuddin Hussein put a message on his Twitter account Sunday asking those in churches around the country to offer a “prayer please” for the passengers and crew on Fight 370.

More than 300 Malaysian cycling enthusiasts rode their bikes to the Kuala Lumpur airport to remember the people onboard the jet. The cyclists decorated the bikes with small Malaysian flags and stickers that read “Pray for MH370.”

Beijing and Tokyo both sent two aircraft to join the six already involved in the operation backed by the US and New Zealand.

A total of 20 emergency service volunteers from western Australia will act as observers during Sunday’s mission.

In Beijing, relatives of Chinese passengers, who are waiting for news about their missing plane, accused Malaysian officials of being “deceitful”, adding that the meetings were a “waste of time,” Al Jazeera’s Marga Ortigas reported.

Relatives said they feel Malaysian officials know more than they are saying, our correspondent added. 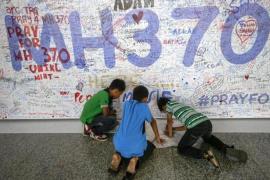 Investigators review background of pilots as convictions grow that plane was diverted off course by an expert hand. 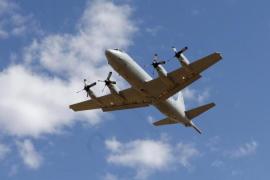 Australia will deploy five planes and China has sent three warships to search an area thousands of kilometres off coast. 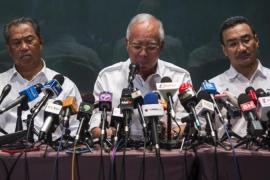 Malaysia Airlines: ‘This is not a normal investigation’