In Thursday’s edtion of the newspaper, Sisi said: “The decision has been made, and I have to succumb to the people’s demand of running for the republic’s presidency.”

“I say it with all sincerity: God knows that I carry the burden of this trust, and I am all hopes that the achievements will match (their) dreams. It is no secret that people’s aspirations and wishes have become massive after the recent disappointment,” he added.

This is Sisi’s first clear comment confirming months-long speculations of his intentions to run in the poll. His popularity has rocketed in the Arab world’s most populous country since he led the July ouster of the country’s first freely elected president Mohammed Morsi, following massive protests demanding his resignation.

Interim President Adly Mansour issued a decree on January 26 stating that presidential elections could get started as early as mid-February and no later than April 18, following the approval of the country’s newly-amended constitution.

Mansour’s decree was an alteration to a post-July political roadmap announced by Sisi as he declared the unseating of Morsi, who had appointed him his defense minister in 2012. The original roadmap stated that parliamentary elections are to take place before presidential polls.

Since July, Sisi has repeatedly confirmed that the army has no intention in taking control over the country.

With no obvious candidates so far competing in the race, Sisi’s chances of becoming the country’s next president are high.

If he wins, he will be the sixth general to rule Egypt, with Morsi being the only civilian to have filled the post. 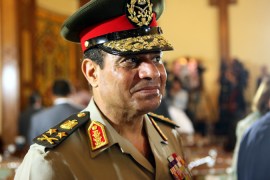 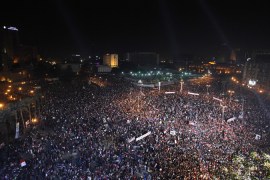 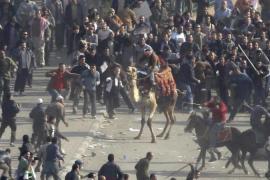 Egypt: In search of a saviour

Egypt’s post-revolutionary rollercoaster has produced a politics of ultimatum.