The Philippine government and Muslim rebels have announced that they had cleared the last hurdle in long-running peace negotiations, paving the way to end a deadly decades-old insurgency in the country’s south.

Negotiators of both sides said Saturday marked the conclusion of years of peace talks ahead of the signing of a formal deal to seal their work.

Mohagher Iqbal, the Moro Islamic Liberation Front chief negotiator, said the deal was expected to be signed “very soon” to pave the way for peace.

“From A to Z, it has been full of challenges. But with the cooperation and determination of all parties, I think no obstacles will stand in the way, God willing,” Iqbal said.

President Benigno Aquino hopes to secure a final peace settlement before leaving office in mid-2016 to end the rebellion by Muslim groups, which has left around 150,000 people dead.

Edwin Lacierda, Aquino’s spokesman, said that he hoped the deal could be signed as early as next week.

The Philippine government says it has signed a deal with the country’s largest Muslim rebel group to end four decades of conflict in the south that has killed tens of thousands of people.

The final talks were held in Malaysia, which has been brokering the negotiations.

Negotiators met from Wednesday on the outskirts of Kuala Lumpur to tackle a “normalisation” deal detailing how the rebels will hand over their weapons, and the creation of a security force to police what would be a Muslim self-rule area.

The deal is the last of four power-sharing accords that must be agreed between the government and the Moro rebels, before a final peace deal can be signed.

Miriam Coronel Ferrer, the chief government negotiator, said: “The peace process … is aimed to really bring about a good foundation for sustainable peace and development in Mindanao and in that sense we consider this a very important development.

Apart from the Moro rebels, many other armed groups operate in the south, including former rebels who had resorted to crime.

The conflict has left parts of the southern Philippines mired in deep poverty and instability.

“This agreement offers the promise of peace, security, and economic prosperity now and for future generations in Mindanao,” John Kerry, secretary of state, said in a statement.

He also commended the Malaysian government, as the facilitator of the talks, “for its constructive role in helping resolve a decades-long conflict”.

Apart from the Moro Islamic Liberation Front, many other armed groups operate in the south, including former rebels who have resorted to banditry and terrorism.

The insurgency, which began in the 1970s, has left parts of the southern Philippines mired in deep poverty and instability.

A previous peace agreement in 2008 was struck down by the Philippines’ Supreme Court, which rejected it as unconstitutional, leading to renewed fighting. 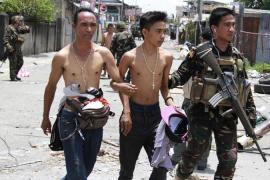 One survivor of last month’s deadly Zamboanga siege says both hostages and hostage-takers are victims of circumstance. 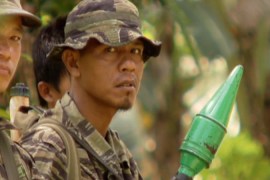