Iran’s interim nuclear deal with six world powers will come into effect on January 20, the Iranian Foreign Ministry and the European Union have confirmed.

An Iranian ministry spokesman said on Sunday that a consensus was reached over the weekend with the P5+1 countries – China, France, Russia, Britain and the United States, plus Germany – to implement the landmark nuclear deal signed last November.

Catherine Ashton, the EU’s foreign policy chief, confirmed the deal, and said the sides would now ask the United Nations’ nuclear watchdog to verify its implementation.

“We will ask the [International Atomic Energy Agency] to undertake the necessary nuclear-related monitoring and verification activities,” Ashton said.

Seen as a major step in bridging the gap between Iran and Western states, the six-month, interim deal signed in November eases economic sanctions on Iran, in exchange for Tehran capping its most sensitive nuclear work and not enriching uranium beyond five percent.

US President Barack Obama welcomed the implementation agreement, and said the US would give “modest relief” on Iranian sanctions. He said, however, that the US would increase its sanctions if Iran reneged on the agreement.

“With today’s agreement, we have made concrete progress. I welcome this important step forward, and we will now focus on the critical work of pursuing a comprehensive resolution that addresses our concerns over Iran’s nuclear programme,” the White House said in a statement.

Iran will get a first installment of $550m of $4.2bn being unblocked under the nuclear deal around February 1, a US official said Sunday.

“The installment schedule starts on February 1 and the payments are evenly distributed across the 180 days,” a senior US administration official told the AFP news agency.

But as February 1 is a Saturday, the payment might not be made until February 3.

US Secretary of State John Kerry said the agreement represented the “best chance” to achieve long-term peace with Iran, and said talks towards a final agreement would continue.

Khalid Bin Mohamed al-Attiyah, Qatar’s foreign minister, also praised the deal. “Allow me to welcome the results that we have achieved today in the transitional agreement with Iran,” he said, during a press conference on upcoming Syrian peace talks in Geneva.

Western governments fear Iran’s nuclear programme could allow it to build a nuclear bomb, while Tehran has maintained that its programme is peaceful.

The IAEA has said it will consider increasing its presence in Iran to more efficiently verify that Tehran is abiding by the agreement, European diplomats told the Reuters news agency on Sunday.

IAEA inspectors will be the ones checking that Tehran lives up to its side of the six-month deal. It currently has at least one team of two inspectors on the ground in Iran permanently.

The organisation is likely to need more inspectors, and is considering setting up a temporary office in the country, the diplomats said.

“It should be seen as a natural corollary to daily access. If staff are there every day they should be able to have an office,” a Western diplomat in the Austrian capital said.

Another envoy said: “At least another team would be required to be there.”

The organisation’s governing board is expected to hold a meeting in late January to discuss the IAEA’s additional work under the nuclear agreement. 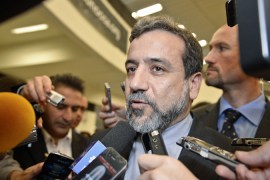 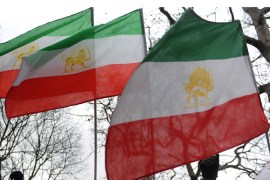 Iran and the West: Thawing of relations?

As a British delegation visits Tehran, we ask if it is to renew ties or to explore business opportunities. 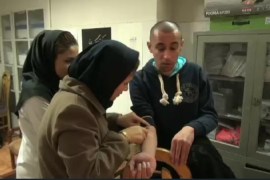 Thousands of Iranians with life-threatening diseases hope relaxation of sanctions will ease their suffering.