Clashes have erupted in central Tunisia between police and demonstrators as instability continues to plague the North African country.

Dozens of protesters tried on Wednesday to force their way into the offices of the ruling Islamist party Ennahda in the town of Kasserine, but were pushed away by tear gas fired by police, an AFP journalist reported.

Central Tunisia has long suffered from neglect and a lack of opportunity, which were driving factors behind the popular uprising that began in nearby Sidi Bouzid in 2011, when a young street vendor set himself on fire in protest at his impoverished circumstances.

It was on Wednesday exactly three years ago that the first protester was killed in Kasserine during the uprising in the Arab Spring’s birthplace that toppled the long-time ruler Zine El Abidine Ben Ali.

Kasserine is one of the poorest regions of Tunisia and was a hotbed of unrest during the revolt.

In the village of Thala, which lies in the Kasserine region and had already witnessed clashes on Tuesday evening, protesters attacked a police post, partially burning it and driving away the security forces, witnesses said.

Shops and public offices remained closed in Kasserine as hundreds protested in the streets on Wednesday. They shouted slogans such as “The people want the fall of the regime”, the rallying cry of the Arab Spring.

A policeman was injured during the clashes after he was hit by a tear gas canister fired at him by one of his colleagues.

Al Jazeera’s Youssef Gaigi, reporting from Tunis on Wednesday, said conditions had not improved since the 2011 mass protests.

“People continue to pay a very high price for the revolution. Unemployment is high and conditions have worsened,” he said.

The better living conditions sought by many young Tunisians have failed to materialise, resulting in discontent over new taxes and government shortcomings.

Anger has been growing of late over proposed 2014 budget, which is critics say will negatively affect the middle and working classes through increases in taxes and cuts in subsidies. 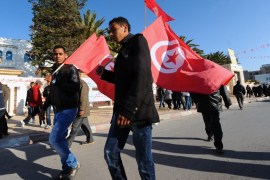 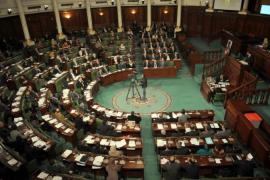 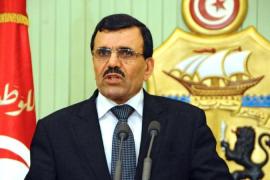 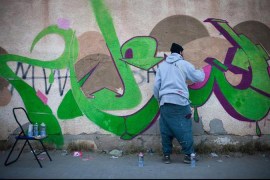