US Secretary of State John Kerry has continued a diplomatic offensive to win support for military action against Syria in response to an alleged chemical attack.

After talks with Arab League ministers in Paris on Sunday, Kerry said they had agreed that Bashar al-Assad’s regime had crossed a “global red line” with the August 21 attack in the Damascus suburbs.

“All of us agree, not one dissenter, that Assad’s deplorable use of chemical weapons… crosses an international global red line,” Kerry said.

Kerry said a number of Arab countries were willing to sign a statement agreed by 12 countries of the G20 summit earlier this week that called for a reaction to the alleged attack and that they would make announcements in the next 24 hours.

“Today we discussed the possible and necessary measures that can be taken,” he said.

He said Saudi Arabia – which participated in the talks along with officials from the Arab League and eight other Arab countries – was among those who had signed on.

However, in a joint news conference with the Qatari foreign minister, Kerry acknowledged that there can only be a political solution to Syria’s war, not a military one.

Kerry also said that the US is considering a French suggestion of possibly bringing the Syria issue back to the UN Security Council after UN inspectors who investigated claims of chemical weapons use have finished their report.

The Qatari Foreign Minister, Khalid Bin Mohammad Al Attiyah, said his government was, along with its allies, studying what the UN could do to protect the Syrian people.

“We will have a joint statement regarding Syria,” Attiyah said.

The US and France are trying to build an international coalition to launch military strikes against the Syrian regime and Kerry has insisted that international backing for strong action is growing, not receding.

Meanwhile, Iran’s new foreign minister said the US will ignite a fire across the Middle East if it attacks Syria, warning Western powers against warmongering.

“We are concerned about warmongering in this region,” Mohammad Javad Zarif said on a visit to Iraq.

“Those who are short-sighted and are beating the drums of war are starting a fire that will burn everyone.”

Over the weekend, Kerry said the US had agreed to provide additional information to those ministers who were not yet convinced that Assad orchestrated the August 21 attack.

Kerry said the Obama administration is distributing videos of the attack to help convince Americans and Congress that a military intervention is needed.

The US, citing intelligence reports, says sarin gas was used in the attack, and that 1,429 people died. US officials have released videos showing victims, including children, exhibiting what appear to be symptoms of nerve gas poisoning.

The Britain-based Syrian Observatory for Human Rights, which collects information from a network of anti-regime activists, says it has so far only been able to confirm 502 dead.

Obama’s top aide on Sunday pressed the case for “targeted, limited consequential action” as the White House mounted a major push to win support from a divided Congress for a military strike.

White House Chief of Staff Denis McDonough asserted that a “common-sense test” dictates that the Syrian government is responsible for the chemical weapons attack. But he said the Obama administration lacks “irrefutable, beyond-a-reasonable-doubt evidence” that lawmakers are seeking.

“This is not a court of law. And intelligence does not work that way,” he said.

On Wednesday, the US Senate is expected to hold the first vote over a resolution that would authorise the “limited and specified use” of US armed forces against Syria for no more than 90 days and barring American ground troops from combat. A final vote is expected at week’s end.

A vote in the House of Representatives appears likely during the week of September 16. 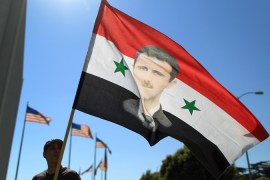 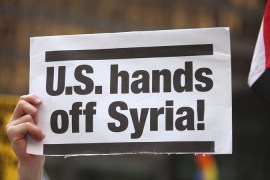 Can Obama win support for a strike on Syria?

As the US argues for military intervention, we examine the reasons why some world powers support it and others do not. 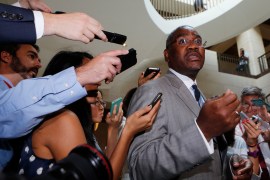 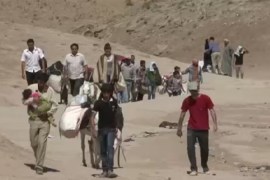 With military action looming against Assad’s regime, impact on country’s borders is becoming a major concern.