Pakistan has announced the release of seven senior Taliban figures to facilitate a peace process aimed at reaching a political resolution to the war in neighbouring Afghanistan, the country’s foreign ministry has said.

“These releases are in addition to 26 Taliban detainees released during the last year,” it added.

The Saturday statement did not make clear if the releases had already happened or were in the process of happening.

Pakistan did not give any details. It is not clear why Islamabad, which has historical ties with the Afghan Taliban but which is battling its own branch of the armed movement, had originally arrested the men.

Afghan President Hamid Karzai was in Pakistan for two days last week and met Prime Minister Nawaz Sharif for the first time since Sharif’s election in May.

Al Jazeera’s Kamal Hyder, reporting from Karachi, said, “Karzai flew in amid high tensions and demanded the release of some of the Taliban leadership still under custody in Pakistan.”

“On the list was the number two of the group when he was arrested. However there is no mention of his name as one of the seven released by Pakistan,” he said, referring to former deputy Taliban leader Abdul Ghani Baradar.

“What Afghanistan wants to do is hold talks with these released prisoners and see whether or not they can get the mainstream Taliban leadership to the negotiating table.”

Meanwhile, in Afghanistan, Taliban fighters said they had released Fariba Ahmadi Kakar, a female MP, in Ghazni province, as part of a separate exchange for four women and two children held by the Afghan government.

“The Islamic Emirate of Afghanistan handed over with dignity the female member of parliament to her relatives in Ghazni province in the form of a prisoner exchange after four wronged women and their children were released by the Kabul government,” the group said in a statement.

Kakar was kidnapped on August 10, along with three of her children, who were released earlier.

Infuriated by the opening in June of a Taliban office in Qatar, considered a precursor towards talks with US officials, Karzai says he wants Pakistan to help open dialogue with the armed group.

But analysts doubt whether Pakistan has the influence to force the Taliban to the negotiating table, and the group has publicly refused all contact with Karzai’s government, branding it a US puppet.

Karzai said Afghanistan expected Pakistan to provide “opportunities or a platform for talks between the Afghan High Peace Council”, Kabul’s official negotiators, and the Taliban.

In the past, the Afghan leader has identified Taliban havens in Pakistan as the main cause of increased violence in his country.

Afghan officials believe former detainees may talk to the Kabul government, although observers say there is little evidence those hopes have been realised.

Elements of the Pakistani state are widely accused of funding, controlling and sheltering the Taliban.

Islamabad says publicly it will do anything to stop the fighting in Afghanistan.

Afghan Foreign Minister Zalmai Rassoul said on Thursday that fears of a resurgent Taliban when the bulk of Western forces withdraw from Afghanistan next year were overblown.

Around 87,000 US-led NATO troops are to leave Afghanistan next year, putting the country’s police and troops in charge of security nationwide. 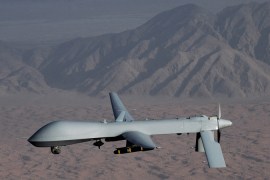 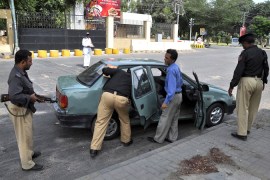 At least 185 people are arrested in the city of Karachi ahead of full-scale launch of paramilitary security operations. 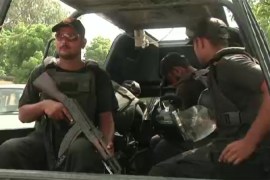