Egypt’s foreign minister has said the transitional phase of government in Egypt should end “by next spring”, replacing leaders appointed after the army deposed the democratically elected President Mohamed Morsi in July.

The Egyptian army toppled Morsi, a Muslim Brotherhood leader, on July 3 after protests against his one-year rule. An interim government was appointed and a road map for a transition to new elections was announced.

“Work is under way, in line with the roadmap, on several tracks. It has so far succeeded in establishing the principles of justice, freedom and democracy, as a basis for governance,” Nabil Fahmy, the Egyptian minister, told the UN General Assembly on Saturday as both pro- and anti-military protests raged outside the building.

“This will be followed by parliamentary elections, then presidential elections, so that the transitional phase ends by next spring.”

Morsi’s removal led to some of the worst violence in Egypt’s modern history, in the form of a military crackdown on protests by his supporters.

More than 1,000 people have been killed since security forces broke up two anti-coup demonstrations in Cairo on August 14. Egypt’s new rulers announced a month-long emergency law, which was extended in September, and imposed a curfew.

Fahmy defended the military’s broad crackdown on the Brotherhood during his speech, which has also included the arrest of more than 2,000 Morsi supporters, and pleaded for support from world leaders.

“I trust that the international community, which has long rejected terrorism, will firmly stand by the Egyptian people in the fight against violence and its advocates, and will not accept any attempt to justify it, or tolerate it,” he said.

Western nations have widely criticised the military’s move against the Islamist movement and its supporters, although the US stopped short of cutting its $1.5bn annual aid to the military-backed government.

Fahmy also called for a nuclear-free region during his UN address.

He asked all Middle Eastern countries to declare their support for a region “free from weapons of mass destruction, as well as from nuclear, chemical and biological weapons”. 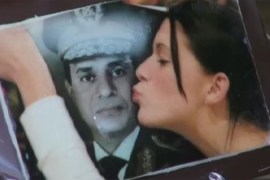 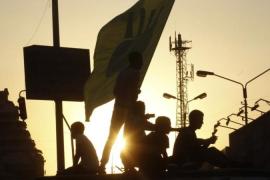 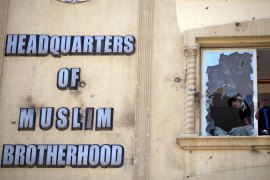