At least 78 people have been killed in northwest Pakistan in a twin suicide bombing, police have said.

The two attackers struck at the end of a service at All Saints Church in Peshawar, the main town in Khyber-Pakhtunkhwa province on Sunday.

A hospital spokesperson said that at least 120 people had been wounded in the attack.

After the service ended, people started to come out and the suicide bomber rushed towards them

The attack occurred as hundreds of worshippers were coming out of the church in the city’s Kohati Gate district after services to get a free meal of rice offered on the front lawn, said a top government administrator, Sahibzada Anees.

“There were blasts and there was hell for all of us,” said Nazir John, who was at the church with at least 400 other worshippers. “When I got my senses back, I found nothing but smoke, dust, blood and screaming people. I saw severed body parts and blood all around.”

The white walls of the church, which first opened in the late 1800s, were pockmarked with holes caused by ball bearings or other metal objects contained in the bombs to cause maximum damage.

Christians make up about four percent of Pakistan’s population of 180 million and tend to keep a low profile in a country where Muslim fighters frequently bomb targets they see as heretical, including Christians and Shias.

In 2009, 40 houses and a church were set ablaze by a mob of 1,000 Muslims in the town of Gojra in Punjab province. At least seven Christians were burnt to death.

The attacks were triggered by reports of the desecration of the Quran. 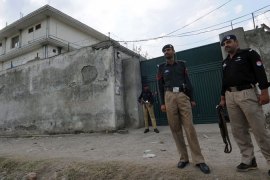 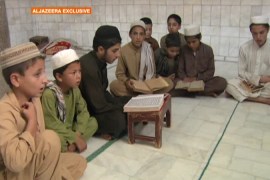 Pakistan madrassa blacklisted by US Treasury

The Treasury has branded the school in the city of Peshawar as a “terrorist training centre”. 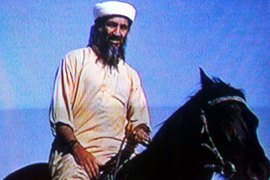