A Chinese court has sentenced former leading politician Bo Xilai to life in prison after finding him guilty on charges of graft, accepting bribes and abuse of power.

The Jinan Intermediate People’s Court announced the verdict against Bo on Sunday. It also ordered that all his personal assets be seized, according to a transcript carried on the court’s official microblog.

The former Politburo member and party chief of the megacity Chongqing vigorously denied any criminal wrongdoings during the trial, but Chinese courts are not independent and a guilty verdict was widely expected.

Bo was escorted into the court by marshals on Sunday morning and stood to listen as the judge began reading the lengthy verdict, which reviewed the facts established in the trial.

Dozens of police, some uniformed and others in plain clothes surrounded the court on Sunday. Barricades and barriers were erected more than 50 metres away from the court to prevent people from approaching.

Though edited transcripts from the trial were posted online, China’s government has tightly controlled information about Bo’s case, and police erected barriers to stop pedestrians from entering areas around the court.

‘Lied in his testimony’

Bo poured billions into public works and social housing programmes while party chief of the southwestern megacity of Chongqing, where he launched a high-profile anti-crime campaign that won him admirers across China.

Despite his popularity, reports of forced confessions and torture during the crime crackdown horrified Chinese liberals, while some top party leaders saw his ambition as challenging the party’s cherished unity.

The verdict came as China’s new leadership under President Xi Jinping attempts to show it is cracking down on corruption, which he has said threatens the existence of the Communist Party.

The catalyst for Bo’s fall came when Wang Lijun, his top aide in Chongqing, fled to a US consulate with evidence the politician’s wife had murdered a British associate, Neil Heywood, in February 2012.

Bo told the court that Lijun, the Chongqing police chief, “constantly lied in his testimony”.

At the close of Bo’s dramatic trial last month, a prosecutor urged the court to punish the disgraced politician with a severe sentence because of his lack of remorse.

Bo mounted a fierce defence against claims that he corruptly obtained 26.8 million yuan ($4.4m) and abused his political position to cover up the killing committed by his wife.

He accused his wife, Gu Kailai, for many of the corruption charges and even some aspects of the abuse of power allegation.

Gu received a suspended death sentence for the murder of Heywood. 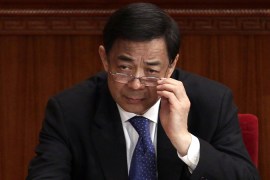 Tipped as a future leader, the 62 year old’s fall from power has caused a political earthquake in China. 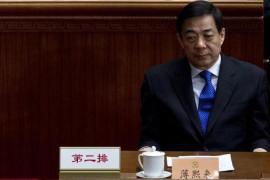 The undoing of Bo Xilai

As the disgraced Chinese politician goes on trial, we analyse what this means for the country’s political system. 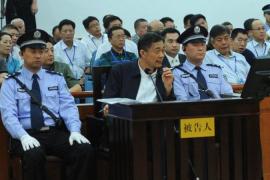 The trial of disgraced politician Bo Xilai being played out in a very public manner that could benefit both sides.