Hassan Rouhani, Iran’s new president, has praised Barack Obama following an exchange of letters with his US counterpart, adding that his government would never develop nuclear weapons.

Rouhani said Obama had recently written to him to congratulate him on his election victory and “some issues of his interest were raised”.

“I responded to that letter, I thanked him and expressed Iran’s viewpoint on the issues raised in his letter and some other issues,” Rouhani told NBC News in advance of a visit to the UN General Assembly in New York.

“From my point of view the tone of the letter was positive and constructive.”

Earlier Jay Carney, the White House spokesman, said: “In his [Obama’s] letter the president indicated that the US is ready to resolve the nuclear issue in a way that allows Iran to demonstrate that its nuclear programme is for exclusively peaceful purposes.

“The letter also conveyed the need to act with a sense of urgency to address this issue because, as we have long said, the window of opportunity for resolving this diplomatically is open, but it will not remain open indefinitely.”

The US and its allies have imposed sanctions aimed at stopping Iran from seeking a nuclear weapons capability, but Tehran has long insisted its programme is for civilian purposes.

The comments from both presidents appear to signal a potential thaw between Washington and Tehran over the nuclear issue.

“It could be subtle and tiny steps for a very important future,” according to a translation of a clip on NBC’s website in advance of the full interview to be aired later on Wednesday.

NBC separately quoted Rouhani as saying his administration will never develop nuclear weapons and that he has full authority to make a deal with the West on the disputed nuclear programme.

The head of Iran’s nuclear energy organisation said on Wednesday that he saw “openings” on the nuclear issue.

Both Obama and Rouhani plan to be in New York next week for the UN General Assembly, but the leaders do not currently have plans to meet, Carney said.

Rouhani’s announcement came on the same day that 11 of Iran’s most prominent political prisoners, including human rights lawyer Nasrin Sotoudeh, were unexpectantly freed by authorities. 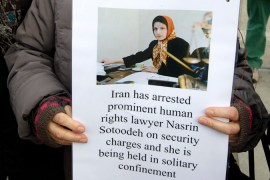 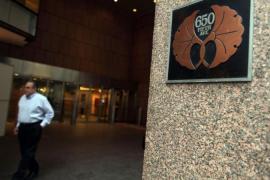