UN investigators found “clear and convincing evidence” that chemical weapons were used on a relatively large scale in an attack last month in Syria that killed hundreds of people.

As expected, the report, released on Monday, did not say who launched the attack in rebel-held Damascus suburbs.

It said: “The environmental, chemical and medical samples we have collected provide clear and convincing evidence that surface-to-surface rockets containing the nerve agent sarin were used … in the Ghouta area of Damascus” on August 21.

“The conclusion is that chemical weapons have been used in the ongoing conflict between the parties in the Syrian Arab Republic … against civilians, including children, on a relatively large scale,” the report said.

Addressing the media after he had presented the report to the Security Council, UN chief Ban Ki-Moon described the chemical attack as a “war crime”.

“It is the worst use of chemical weapons on civilians in the 21st century,” he said.

The White House said on Monday the report bolstered the US argument that the Syrian government was responsible for the chemical attack.

Susan Rice, President Barack Obama’s national security adviser, said in a written statement that the technical evidence in the UN report, including that the sarin nerve agent was high quality and that a particular rocket was used in the
attack, was significant.

The UN report said that weather conditions had ensured that as many people as possible were injured or killed.

Temperatures were falling between 2am and 5am, it said, which meant that air was not moving upwards but downwards towards the ground.

“Chemical weapons use in such meteorological conditions maximises their potential impact as the heavy gas can stay close to the ground and penetrate into lower levels of buildings and constructions where many people were seeking shelter,” it said.

Al Jazeera’s diplomatic editor James Bays, reporting from the UN headquarters in New York, said the key issue after the release of the report was that of accountability.

“Here we have all of the evidence about a crime but we don’t so far have a court that’s going to look into the crime,” he said.

“Ban Ki-moon doesn’t have the power to refer [the case] to the International Criminal Court. That is the role of the Security Council,” our correspondent said, adding that all attempts in the last 2,5 years to get the Council to act have been blocked by Russia.

The August 21 attack took place as a UN chemical weapons team was in Syria to investigate earlier reported attacks.

The inspectors were allowed access to victims, doctors and others in the Damascus suburbs.

The team was mandated to report on whether chemical weapons were used and if so which ones – not on who was responsible.

The opposition and its Western and Arab supporters blame President Bashar al-Assad’s forces for the attack, while the Syrian regime insists that the attack was carried out by rebels.

Chief weapons inspector Ake Sellstrom handed over the report to Ban on Sunday amid a diplomatic push to get Syria to put its just-acknowledged stockpile of chemical weapons under international control for destruction.

John Kerry, US secretary of state, has acknowledged that a chemical arms deal would have little immediate effect on the bloodshed in Syria, which has killed more than 100,000 people, but he said full compliance was a key first step.

Meanwhile in Geneva, the chairman of a UN war crimes panel, independent from the weapons inspectors, on Monday said it was investigating 14 suspected chemical attacks in Syria. 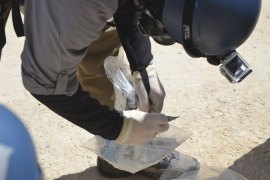 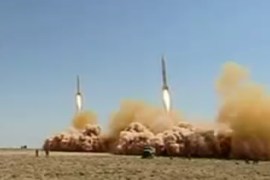 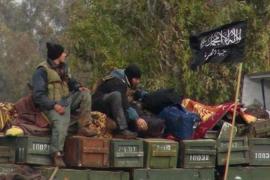 The end of the rebel alliance?

Tensions escalate in Syria, as self-declared jihadists say Western-backed moderates may be used against them.