Speaking at the International Women’s Forum on Friday, Ban said Assad has “carried out many crimes against humanity” and that there must be “accountability” once war is over.

He also expressed his predictions for the chemical weapons report on Syria, due to be presented to him in the coming days.

“I believe the report will be an overwhelming report that the chemical weapons was used,” said Ban.

Al Jazeera’s diplomatic editor James Bays, reporting from the UN in New York, said it appeared that Ban believed he was speaking off the record.

“The UN secretary-general was speaking at an event, the International Women’s Forum, and the proceedings of that event were being broadcast around the UN on the internal television system,” he said.

“But, it seems Ban Ki-moon thought it was a private event.”

Our correspondent said the remarks offered some insight into what the UN and its leader really thought about Syria and Assad.

“He is normally very measured in expressing his views on Syria, because of his role in the UN,” he said.

“It seems from these unguarded comments that Ban believes he knows what he is going to hear.”

The secretary-general’s comments came as a separate UN report was released saying Syrian government forces are bombing and shelling hospitals in rebel-held areas to prevent sick and wounded from getting treatment, acts which constitute war crimes.

They also had details of a smaller number of incidents when rebel forces attacked hospitals.

According to the UN report on hospital attacks, they started as violence mounted in Syria’s civil war in early 2012 and were continuing, it added.

Neither Assad’s nor rebel forces immediately responded to the report’s allegations, to be discussed on Monday in Geneva at a debate at the UN Human Rights Council.

The Syrian army has occupied hospitals, using them as bases for snipers, tanks and soldiers, according to the report.

Ambulance drivers, nurses and doctors have been attacked, arrested, tortured or disappeared in “insidious” violations of international law.

“Intentionally directing attacks against hospitals and places containing the sick and the wounded and against medical units using the Red Cross or Red Crescent emblem is a war crime in non-international armed conflict,” the independent investigators said, referring to a legal term for civil war.

Patients had also been beaten, burned with cigarettes and tortured to death in a military hospital in Mezzeh, Damascus, it said.

The team of 20 human rights experts, led by Brazilian Paulo Pinheiro, was not allowed into Syria but interviewed more than 2,000 Syrian refugees, defectors, former patients and health staff in neighbouring countries over the past two years.

In Aleppo, Tal Rifat public hospital was destroyed by air strikes in April 2012 and field hospitals that tried to provide care were attacked by fighter jets from May to August, they added.

Field hospitals in Deraa have been under constant shelling this year, killing doctors and patients, according to the report.

Although the scale of documented abuses by rebel forces appeared to be far smaller, there were increasing indications some armed groups failed to respect medical personnel and neutrality of health facilities, the report said.

The al-Qaeda-affiliated group Jabhat al-Nusra detained the head doctor of a field hospital in northern Aleppo city for several days in April 2013 after he refused to display their banner in the hospital, it said.

The Free Syrian Army attacked the National Hospital in Deraa in May 2013, apparently because 50 patients were believed to be linked to the government, according to the report. 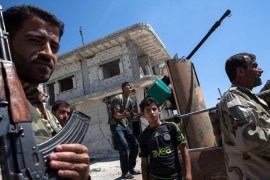 A US military strike opens up the possibility of far greater bloodletting than what we have so far seen. 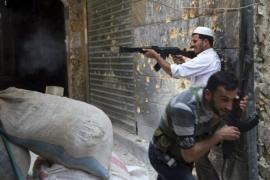 Latest human rights report says atrocities committed by all sides in the conflict and none of them fear accountability. 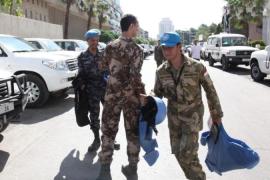 It’s time for a UN-imposed ceasefire in Syria

In an imperfect world, the least bad option is the best that the UN can hope to achieve.