Kevin Rudd, Australian prime minister, has made a major campaign pitch to revive the Australian Labor Party’s chances at elections this week.

Rudd, who is far behind opposition candidate Tony Abbott in opinion polls, is promising tax breaks for small businesses and more work for local contractors on infrastructure projects if his government is re-elected.

He officially launched his centre-left party’s campaign in his hometown of Brisbane, the Queensland capital, on Sunday.

“In this election, we are now engaged in the fight of our lives,” Rudd said at the launch.

“It’s a fight about how we go about building Australia’s future, a future for the many, not just for the few.”

Al Jazeera’s Andrew Thomas, reporting from Brisbane, said Rudd needs to do more to turn the election around.

“These feel like relatively minor announcements at this stage in the election campaign,” he said.

“He is on track to lose some swing seats in Sydney, he needs to pick up seats in Brisbane and again some in Melbourne, and it doesn’t look at this stage that that is likely to happen.”

Queensland is a battleground state for swing seats that will decide the election on September 7.

Rudd was dumped as prime minister by his own government colleagues in 2010, only to regain the top job in a similar leadership wrangle in June.

He dismissed opinion polls on Sunday that showed Abbott’s conservative coalition headed for a clear victory. 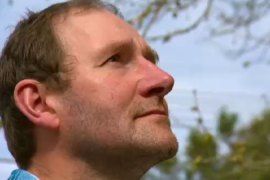 Experts say country may be experiencing end to boom times as it goes go polls on September 7. 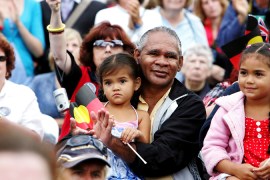 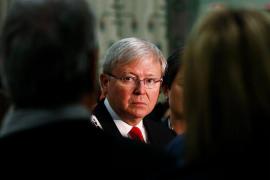 If Labor does win the forthcoming election, its leadership reshuffles will be the central reason for the result.