The government of the Indian Ocean island of Zanzibar is offering a reward of $6,170 to anyone with information that could lead to the capture of attackers who threw acid on two British women working as volunteer teachers, local media has reported.

The Citizen newspaper, published in Tanzania, of which Zanzibar is a semi-autononmous region, said the hunt for the attackers of the women – both aged 18 – was continuing.

Katie Gee and Kirstie Trup, from London, were attacked on Wednesday evening by men who threw acid on their faces and chests.

The pair were volunteer teachers at a Catholic Church-owned St Monica Nursery and Primary School in Zanzibar.

The attack happened as the teenagers strolled through the streets of Stone Town, the historical centre of the capital of Zanzibar.

Jakaya Kikwete, the Tanzanian president who visited the victims in hospital in Dar es Salaam, Tanzania’s commercial capital, condemned the attack, calling it “senseless and disgraceful”.

He ordered the security forces to step up their investigation and find the culprits.

The attack came at the end of the Muslim holy month of Ramadan as people began to celebrate the Eid al-Fitr holiday.

Zanzibar Information and Tourism Minister Said Ali Mbarouk asked for the public’s cooperation in investigations into the incident.

Reports said the two women, who sustained injuries on their faces, had been discharged and were being flown back to the United Kingdom for further treatment.

Outside Trup’s London home, a family friend read out a statement on behalf of the women’s mothers Rochelle Trup and Nicky Gee.

“Both families are extremely upset and distressed at this completely unprovoked attack on their lovely daughters, who had only gone to Zanzibar with good intention,” the statement said.

“We understand that they will be flying home overnight. We appreciate all the interest and support we have received from the media but we would ask that we are left alone until we have been reunited with our daughters.” 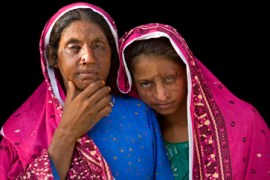 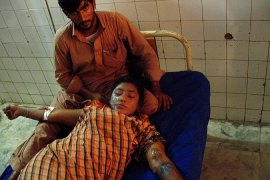 Attack on 18-year-old Bushra in her home in northwestern town of Nowshera blamed by her brother on local TV producer. 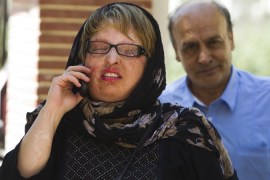