Two US senators have met Egypt’s army chief and urged the country’s divided political factions to renounce violence and agree to a national dialogue.

Lindsey Graham and John McCain, both Republican senators, travelled to Cairo at the request of US President Barack Obama.

At a press conference on Tuesday night, the two asked Egypt’s interim government to set forth a “clear timetable” for holding new elections and finalising a new constitution.

They also urged the government to reconcile with the Muslim Brotherhood and its political allies, who have staged weeks of protests since former president Mohamed Morsi was deposed by the army on July 3.

“You have to sit down and talk to each other, even though you may not like the people at the other side of the table,” Graham said.

Both senators described the toppling of Morsi as a “coup”, a term which the Obama administration has chosen not to use – because it would require a suspension of US military aid to Egypt.

“It was a transition of power not by the ballot box,” Graham said. “The people who were elected are now in jail.”

The state news agency MENA said little about the senators’ meeting with General Abdel Fattah el-Sisi, the army chief, only that the two sides exchanged views on political developments and discussed efforts to end “the state of political polarisation”.

Thousands of Morsi’s supporters remain camped out at two protest sites in Cairo, which the government has pledged to break up. Almost 300 people have been killed in political violence since he was toppled, including 80 shot dead by security forces in a single incident on July 27.

A diplomatic push led by the envoys from the United States, the European Union, Qatar and the United Arab Emirates has so far helped to hold off further bloodshed between Morsi’s backers and the security forces but not achieved a breakthrough.

The interim leadership says there is no turning back on the army-drafted roadmap that provides for new elections in 2014. 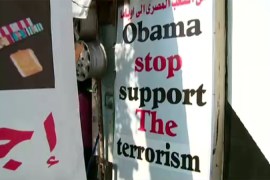 US involvement in Egypt criticised

Both supporters and opponents of the military see the US as self-interested and hypocritical. 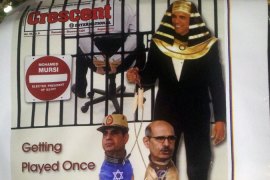 Is the US winning hearts and minds in Egypt?

Seen either as an interloper or manipulator, the US nonetheless tries its hand at playing negotiator. 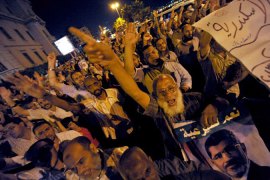 Morsi vs the military: What’s next for Egypt?

Can anything break the country’s political deadlock?