Intercepted communication between al-Qaeda leaders prompted a threat alert closing numerous US embassies in the Middle East and Africa, US sources said.

The New York Times reported on Monday that the closure of the embassies was the result of intercepted electronic communications between Ayman al-Zawahri, who replaced Osama bin Laden as head of al-Qaeda, and Nasser al-Wuhayshi, the head of Yemen-based affiliate al-Qaeda in the Arabian Peninsula (AQAP).

US sources said that while some type of message between Zawahri and AQAP was intercepted recently, there were also other streams of intelligence that contributed to the security alert, which was prompted by a threat from AQAP.

“The threat picture is based on a broad range of reporting, there is no smoking gun in this threat picture,” a US official told the Reuters news agency on condition of anonymity.

US officials said there was still no information about a specific target or location of a potential attack, but the threat to Western interests had not diminished.

On Tuesday, meanwhile, the US state department ordered all non-essential staff to leave Yemen, and urged citizens to leave the country “immediately” over security concerns.

The security threat is just as serious now as it was on Friday when the State Department issued a worldwide travel alert, said Representative Dutch Ruppersberger, the top Democrat on the House of Representatives Intelligence Committee.

“It’s a very serious threat,” Ruppersberger told a US news channel. “I’ve seen the intelligence. It’s a threat coming from the highest levels of al-Qaeda. And especially focused in the Arabian peninsula, Yemen and areas like that.”

ABC News on Monday reported that a senior US official said authorities “are frantically searching” for vehicle bombs that al-Qaeda wants to use to blow up the US embassy in Yemen and possibly other embassies.

Yemen’s embassy in Washington issued a statement listing 25 “most wanted terrorists” it said were planning to carry out operations in its capital Sanaa, and said it was offering a reward for information leading to their capture.

“The Yemeni government has taken all necessary precautions to secure diplomatic facilities, vital installations and strategic assets,” the statement said.

US sources and analysts cautioned that communication between al-Qaeda and its affiliate did not necessarily mean that AQAP was taking orders from Zawahri.

Zawahri does not always get what he seeks but is still undisputed as bin Laden’s heir,” he said. 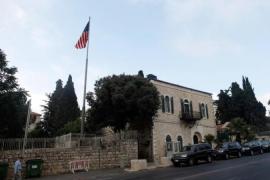 How real is the threat posed by al-Qaeda?

We examine the connection between a series of prison breaks and the closure of Western embassies across the Middle East. 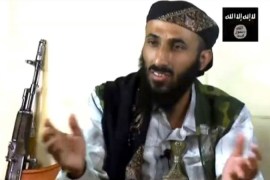 Profile: Al-Qaeda in the Arabian Peninsula

A profile of the group which has been described as al-Qaeda’s most active affiliate. 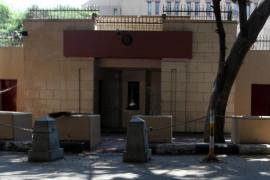 State department says 19 embassies in Middle East and Africa would be closed for up to a week “out of caution”.