A liquid ammonia leak from a refrigeration unit in China’s commercial hub of Shanghai has killed at least 15 people, the official Xinhua news agency said.

The leak also sickened at least 26 others, Xinhua said, after updating the death toll from 11.

The incident occurred shortly before midday on Saturday in the city’s northern district of Baoshan at a cold storage unit owned by a seafood company, media reports said.

The company, Shanghai Weng Pai Cold Storage Industrial Co, is engaged in the import and export, storage, processing and sales of aquatic products, according to its website.

Photos on the website of the Xinmin Evening News, a local newspaper, showed fire trucks at the scene with hoses on the ground. 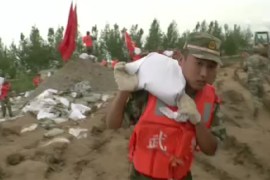 With more rain on the way, the army works non-stop to reinforce dikes and build barriers along Heilongjiang river. 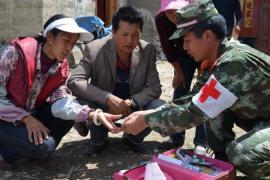 At least five people killed in 5.8-magnitude earthquake in Yunnan province, according to state media.