US Secretary of State John Kerry has said that the United States will not wait for UN weapons inspectors to finish their work before deciding whether or not to launch military strikes against Syria.

Hours later, however, US President Barack Obama stressed that he “has not made a final decision” about whether to launch an offensive.

In a half-hour speech delivered at the State Department on Friday, Kerry laid out a circumstantial case linking the government of Syrian President Bashar al-Assad to an attack in the Damascus suburbs last week.

Kerry said that 1,429 people were killed in the attack, though other reported death tolls have varied.

The US government released a four-page document on Friday which assessed, with “high confidence,” that the Syrian government carried out the attack.

But Kerry did not outline any specific plans for an attack, saying only that the administration of Barack Obama would “continue talking” with Congress and its allies.

Obama, for his part, said in a brief statement that he was still reviewing his options. He called the chemical attack “a challenge to the world” that “threatens our national security interests.”

The British parliament voted against a resolution urging a military strike on Thursday night, and Prime Minister David Cameron said he would respect parliament’s wishes.

A team of UN weapons inspectors spent the week in Damascus and made several visits to the site of the attack in East Ghouta. The team will spend the coming days or weeks reviewing its findings.

Kerry, however, said the US would not wait for those results before deciding whether to act.

“President Obama, we in the US, we believe in the UN, we have great respect for it,” Kerry said.

The UN investigation will not confirm who used these chemical weapons... it will only affirm whether such weapons were used.

John Kerry, US secretary of state

In a separate conference call on Friday, a senior Obama administration official, speaking on condition of anonymity, dodged questions about whether Assad himself directly ordered the attack, suggesting that the US government does not have evidence that he did.

“He’s the decision-maker, he’s ultimately in charge of employment,” the official said. “The US made clear some time ago that Assad is responsible for the use of chemical weapons by his regime.”

Administration officials also stressed that any military action would not be “open-ended,” or “impose regime change”.

President Francois Hollande told the daily Le Monde he still supported taking “firm” punitive action over an attack he said had caused “irreparable” harm to the Syrian people, adding that he would work closely with France’s allies.

“He said that France has a special responsibility because it’s one of the few countries in the world that have the kind of capabilities needed – aircraft carriers, fighter jets and bases in other countries, closer to the proposed area of action,” she said.

“Hollande said France is ready. It’s just a case now of when he decides to take a decision.”

“It can’t be a 24 hours hit-and-run,” Erdogan told reporters. “What matters is stopping the bloodshed in Syria and weakening the regime to the point where it gives up.” 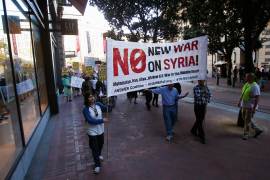 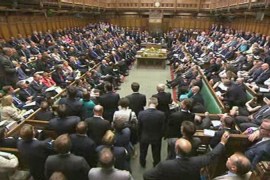 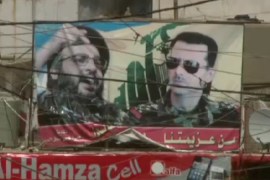