Hosni Mubarak, the deposed Egyptian president, has appeared in a Cairo court for a hearing, but several recently arrested senior Muslim Brotherhood leaders have not appeared for security reasons at the start of their separate trial.

Mubarak, who left prison for house arrest this week, is having a hearing in his retrial on charges of complicity in the deaths of protesters during the 2011 uprising that removed him.

The case is one of several against Mubarak, who was granted pre-trial release this week but placed under house arrest by the interim prime minister, Hazem el-Beblawi.

Mubarak was convicted last June and sentenced to life in prison, but a retrial was ordered in January after he appealed. He also faces a number of corruption cases, despite being cleared in some.

In a different court on Sunday, Mohamed Badie, the Muslim Brotherhood’s supreme guide and two deputies, Rashad al-Bayoumi and Khairat al-Shater, had been due to make their first appearance on charges of inciting the murder of protesters.

They were arrested by security forces following the removal of President Mohamed Morsi in a July 3 coup.

Morsi belonged to the Brotherhood.

They are accused of inciting the murder of protesters who died outside their Cairo headquarters on the evening of June 30.

Another three Brotherhood members will stand trial with them, accused of carrying out the murder of the demonstrators in the incident.

Like Mubarak, all six Brotherhood members also face the death penalty if convicted.

Egyptian authorities have issued arrest warrants and detention orders for hundreds of Brotherhood members and detained several senior leaders of the group in recent days.

According to security sources, at least 2,000 have been arrested since August 14. On Saturday, the Interior Ministry announced the arrest of Mohye Hamed, an adviser to Morsi.

Meanwhile, supporters of Morsi and the Muslim Brotherhood, continued to stage protests demanding his reinstatement.

Al Jazeera’s Mike Hanna, reporting from Cairo, said that though demonstrations continued, there had been a massive drop in the number of protesters taking to the streets.

“There are protests in Helwan but this is very isolated and is repeated in very few other parts of the country.”

Al Jazeera’s Sherine Tadros, also reporting from Cairo, said the low turnout was due to the heavy military crackdown on protesters.

Meanwhile, the night-time curfew that had been enforced in all 14 provinces of the country since the current upheaval began has been shortened by the authorities.

“To lessen the burden on citizens and respond to popular request, the length of the curfew will be shortened and will begin at 9pm instead of 7pm,” a statement from the interim prime minister’s office said.

The curfew will continue to end at 6am, the statement said, adding that the changes would go into effect immediately but would not apply on Fridays.

Friday is a traditional day of protests, which usually begin after weekly Muslim prayers in the afternoon. 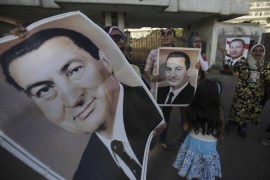 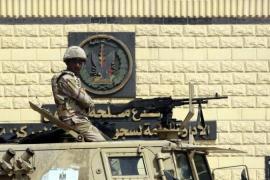 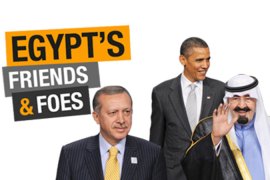 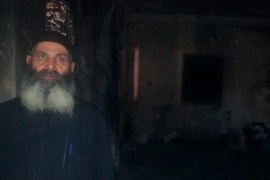