Demonstrations calling for the return of Mohamed Morsi to power have continued in Egypt, as protest leaders snubbed the interim government’s offer of safe passage if they ended their sit-ins.

Witnesses on Thursday told Al Jazeera that military helicopters were hovering at low altitude over the sit-in at Cairo’s Rabaa al-Adawiya district, where demonstrators have been calling for the reinstatement of Morsi after his removal by the army on July 3.

In an interview with Al Jazeera, a senior member of the Freedom and Justice Party, Waleed al Haddad, vowed to remain on the streets until Morsi was restored to power.

“The people will not leave the squares all over Egypt. We are here for the restoration of legitimacy… We are offering our blood, our money, everything in order to restore [democracy].”

“These people will not leave these places. They have only one opportunity to make the people leave  – to kill all the millions here.
“We have our own demands: The restoration of legitimacy, the return of democracy to our country. Then everything can be discussed.”

In a statement on Thursday, the country’s interior ministry urged protesters to leave the camps, offering “a safe exit” to those who heeded the call.

The day before, the interim government ordered the army to take action against protesters. It said it authorised police to take “gradual steps” to break up the weeks-long rallies. No specified date has been decided upon for clearing out the sit-ins.

Following the warning against the rallies, the US State Department urged Egypt to respect the right of peaceful assembly.

“We have continued to urge the interim government, officials and security forces, to respect the right of peaceful assembly,” deputy spokeswoman Marie Harf told a news briefing. “That obviously includes sit-ins”.

Germany’s Guido Westerwelle, the first foreign minister to visit Egypt since Morsi was deposed, urged authorities to avoid “the appearance of selective justice”.

“There is no justice of vengeance and no selective justice. There is law and it applies to everyone,” he said on Thursday following talks with his counterpart Nabil Fahmy.

Amnesty International said the decision to mandate security forces to end the pro-Morsi rallies is a “recipe for further bloodshed”.

“Given the Egyptian security forces’ record of policing demonstrations with the routine use of excessive and unwarranted lethal force, this latest announcement gives a seal of approval to further abuse,” said Hassiba Hadj Sahraoui, deputy director for the Middle East and North Africa at Amnesty.

More than 200 people have been killed in weeks of violence since the army deposed Morsi.

Earlier, authorities said they had referred the leader of the Muslim Brotherhood, Mohammed Badie, and two other senior movement officials to a court on charges of inciting violence. 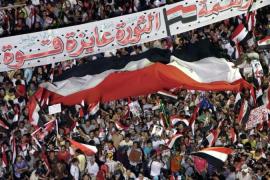 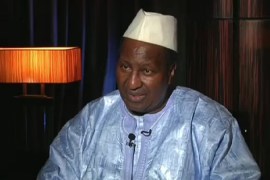 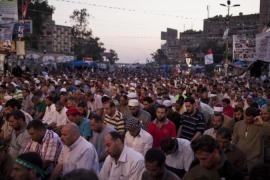 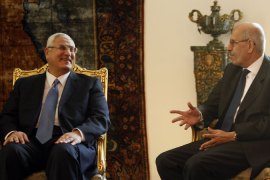