At least one person has been killed and many others injured in clashes between supporters and opponents of Egypt’s ousted president, Mohamed Morsi, in the capital, Cairo.

Clashes broke out when Morsi supporters came under attack as they marched towards the interior ministry.

Supporters of the new military-installed government hurled stones at the marchers and threw bottles at them from balconies on Tuesday, witnesses said. Police then fired tear gas to disperse the crowds.

Al Jazeera’s Rawya Rageh, reporting from Cairo, said Morsi supporters had taken their protests to key government buildings in the centre of the capital.

“There were scuffles at least at three different points between protester groups after Morsi supporters surrounded some of the government buildings. They have been throwing bottles and rocks to each other,” our correspondent said.

The Muslim Brotherhood said that Egyptian policemen dressed in plain clothes had opened fire with live rounds at one of its marches in Cairo, wounding five people.

A security source said seven protesters had been wounded but added that it was not immediately clear who had opened fire.

A few thousand pro-Morsi protesters were taking part in the march when the scuffles began.

Local residents taunted them, calling them “terrorists” and saying they were not welcome before throwing stones at them, the Reuters news agency reported. Morsi’s supporters also responded by hurling rocks.

Ten people were injured in fighting in front of the ministry of endowment between local residents and pro-Morsi Muslim scholars working in the ministry, according to the field hospital at Rabaa al-Adaweya, where Morsi supporters are camped out.

According to reports, 12 Morsi supporters were also arrested during the fighting at the ministry. They were accused of trying to break into the building and attacking the ministry’s security and government employees.

Morsi supporters also protested in front of several ministries including the ministries of labour and electricity.

Supporters of the deposed president called for more mass demonstrations on Tuesday.

The so-called “Anti-Coup Alliance,” which supports Morsi, called for a “million-man demonstration” after the judiciary said on Monday that it was extending his detention for a further 15 days, pending an investigation into his alleged collaboration with the Palestinian group Hamas.

The ongoing standoff with the army-backed interim government, which has threatened to disperse the two Cairo sit-ins where thousands of pro-Morsi protesters have been camped out for over a month, has caused worry among the international community.

The protesters are calling for the reinstatement of Morsi, who was overthrown by the military on July 3 and is now being held at an undisclosed location. 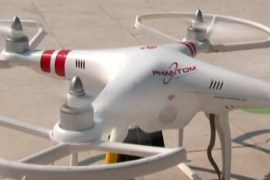 Supporters of deposed Egyptian president have found an innovative way to publicise their sit-ins in Rabaa square. 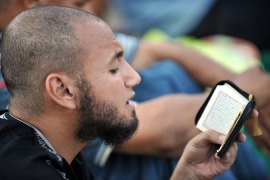 Can secularism survive in Egypt?

Egypt’s political crisis might be an opportunity for moderate secularists. 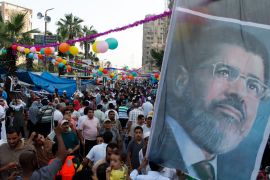 As Morsi supporters continue demonstrating on the streets of Cairo, we ask if efforts to solve the crisis have failed.