Harare – Morgan Tsvangirai, Zimbabwe’s prime minister, has called the country’s just-concluded elections a “sham” and a “huge farce” as allegations of electoral irregularities and manipulation reverberated across the country.

Addressing the media on Thursday, the Movement for Democratic Change (MDC) presidential candidate described Wednesday’s vote as “shoddy” and warned that the illegitimate results would plunge the country into a serious crisis.

“Its credibility has been marred by administrative and legal violations which affect the legitimacy of its outcome,” Tsvangirai said.

“It is a sham election that does not reflect the will of the people.”

Tsvangirai’s comments come on the heels of remarks made by the Zimbabwe Election Support Network (ZESN), a coalition of local non-government organisations monitoring elections in the country, who earlier described Wednesday’s vote as “seriously compromised”.

“Up to a million voters were disenfranchised,” Solomon Zwana, the chairman of ZESN, told a news conference on Thursday.

Though no major incidents of violence were reported on Wednesday, Zwana said the peaceful process was merely a facade over the fraudulent activities taking place behind the scenes.

But ZANU-PF’s spokesperson, Rugare Gumbo, dismissed all claims of a flawed election by the non-government organisation and the coalition.

“What do you expect from the Zimbabwe Election Support Network anyway? They are sponsored by the Americans and the British to destabilise our elections. As you could see for yourself, yesterday’s election was peaceful,” Rugare told Al Jazeera.

Reacting to a report by the Reuters news agency on Thursday morning that cited an unnamed ZANU-PF official who claimed President Robert Mugabe had defeated Tsvangirai in Wednesday’s poll, Gumbo said results would come from the party itself.

“I am the the national party spokesperson and I haven’t said anything about election results. It’s all hogwash,” he said.

“If it doesn’t come out of my mouth, it is not credible.”

Responding to ZESN’s comments, Blessing Vava, a political analyst in Harare, told Al Jazeera that all political parties who took part in the elections knew the environment in which the election was taking place and to discredit the election now was unfair to all parties.

With unofficial results suggesting the MDC had lost wards inside Harare itself, a traditional stronghold of the party, tensions were rising and speculation was rife of the possible scenarios should ZANU-PF win the election.

The City Press newspaper in neighbouring South Africa reported ZANU-PF supporters were seen celebrating a victory in the impoverished southern suburb of Mbare.

The latest developments have prompted MDC to file an application to the high court to gain access to an electronic copy of the voters roll after it was released just a day before the vote, Tendai Biti, the party’s secretary general, confirmed to Al Jazeera.

“This is a political crisis. Everybody in Zimbabwe and everybody in the international community knows that Morgan Tsvangirai has won this election,” Biti said.

On Thursday, the Electoral Commission Forum for the Southern African Development Community (SADC), a 15-member regional bloc to which Zimbabwe belongs, endorsed the elections as credible.

But the forum raised some reservations over some irregularities, including the late release of the voters’ roll and the high number of excess ballots of up to 35 percent.

SADC’s comments came a day after Olusegun Obasanjo, Nigeria’s fromer president and head of the African Union observer mission, described the polls as free and fair on Wednesday night.

“From what I saw, and the reports that I’ve received so far from our observers who went out in the field, the conduct of the elections everywhere they went to was peaceful, orderly and free and fair,” Obasanjo said.

The ZEC had said it would address a news conference on Thursday but cancelled it and instead issued a statement.

Wednesday’s elections brought to an end an uncomfortable power-sharing government following the disputed election of 2008 that resulted in over 200 deaths.

Turnout to Wednesday’s elections across the country was high, especially in urban areas though most agree the fight for Zimbabwe will take place in the country’s rural areas. 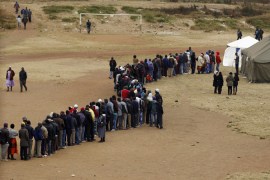 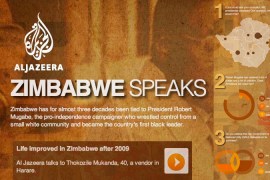 Zimbabweans speak out on election

Al Jazeera talks to dozens of people about the vote, and President Mugabe’s leadership over the past 30 years. 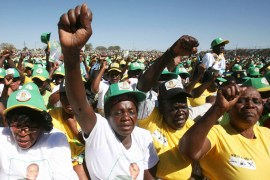