A Norwegian woman has spoken out about the 16-month prison sentence she received in Dubai after reporting a rape incident to police in March this year.

Marte Deborah Dalelv was visiting Dubai on a business trip from Qatar, where she worked as a decorator, when she was raped. The 25-year-old reported the March attack to the police but found herself charged with having extra-marital sex, consuming alcohol without a licence and perjury.

Dalelv said she remained hopeful that she would succeed in an appeal against the ruling by a Dubai court.

The case has drawn outrage from rights groups and others in the West since she was convicted on Wednesday.

Norwegian diplomats later secured her release and she has been allowed to remain at the Norwegian Seamen’s Center in central Dubai.

She said her alleged attacker received a 13-month sentence for out-of-wedlock sex and alcohol consumption.

Dubai authorities did not respond to calls for comment.

The case highlights the increasingly frequent tensions between the United Arab Emirates’ international atmosphere and its legal system.

Rori Donaghy, campaign manager for the UK-based Emirates Centre for Human Rights, told Al Jazeera that it is tough for women in the UAE, especially with regards to rape cases, because “the burden of proof in the UAE for women relies on either a confession from the perpetrator, or having four adult males confirm the rape.”

He went on to say that most trials are conducted behind closed doors, making it “difficult to discern the facts.”

“My advice is for governments to change their travel advice,” he said. “People need to be aware of the laws in the Emirates regarding rape, bounced cheques, and alcohol.”

Talking about the night of the rape Dalelv told AP news agency that she “woke up and I realised I was being raped and I went down to the lobby and I asked them to call the police for me.”

Dalelv also said she wanted to spread the word and that she had been thinking about going public with her story for a while.

“We were worried that that would effect my case for the worse, because it could be that they could make me as an example, showing that in Dubai we have our rules you have to follow them. So we thought we are not calling the press,” she added.

Dalelv said she did not want to criticise the government of the United Arab Emirates.

“They have their legal system. I just want to get fair treatment,” she said.

“I am very nervous and tense. But I hope for the best and I take one day at a time. I just have to get through this,” she told AFP by telephone from Dubai.

Calling the sentence “very harsh”, she said she immediately filed an appeal, adding a new hearing is scheduled September 5.

Norway’s Foreign Minister Espen Barth Eide was trying to reach his counterpart in the Gulf nation on Friday about the case.

“It seems very strange that a person who reports rape is sentenced for acts which in our part of the world is not even a crime,” he said, according to Norwegian news agency NTB.

“The case illustrates the deeper problem that women all over the world are subjected to: First of all that they are not believed when they tell their story, and secondly that it is possible to be punished for so-called indecent behaviour.” 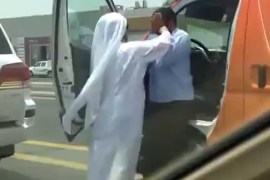 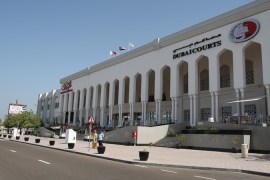 UK PM concerned over claims of torture in UAE 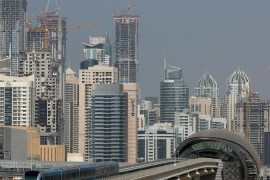 Court sentences members of group state says was “attempting to overthrow government” in trial where media was banned.