US senators have berated senior military officers over a serious rise in sexual-assault scandals in the country’s armed forces.

Officials denounced sexual abuse in the military as a “plague” at a congressional hearing on Tuesday, criticising the military officials for allegedly failing to crack down on the widespread problem.

The hearing was attended by the top uniformed officers of the US army, navy, air force, the Marines Corps and the Coast Guard

Sexual-assault victims in the US military are “afraid to report” the crime, Senator Kirsten Gillibrand of New York said.

“They think their careers will be over. They fear retaliation. They fear being blamed,” she said.

A study the Defence Department released in May estimated that cases of unwanted sexual contact in the military, from groping to rape, rose 37 percent in 2012, to about 26,000 cases, from 19,000 the previous year.

“Unwanted sexual contact is everything from somebody looking at you sideways when they shouldn’t to someone pushing you up against the wall and brutally raping you,” McCaskill, a former sex crimes prosecutor, said.

General James Amos, commander of the US Marine Corps, and other military chiefs acknowledged the armed forces had failed to see the issue as a top priority in past years.

But they seemed to oppose proposals in Congress that would alter legal traditions of the military, including rules that allow commanders to decide if a criminal abuse case should go to trial.

While pledging to stamp out the “cancer” of sexual assaults, the generals cautioned against taking sexual assaults and other cases out of the jurisdiction of commanders.

“But we cannot simply legislate our way out of this problem.”

The chairman of the Senate committee, Carl Levin, agreed that legislation alone could only provide a partial solution.

“We cannot successfully address this problem without a culture change throughout the military,” he said.

“Discipline is the heart of the military culture, and trust is its soul. The plague of sexual assault erodes both the heart and the soul.”

McCaskill is pushing for a bill that would have military prosecutors decide whether a sexual assault or other criminal case should go to trial instead of a unit commander, who she said could lack impartiality.

Gillibrand argued that other countries, including some European allies and Israel, have made similar changes to their own military legal codes with successful results.

But General Martin Dempsey, the US military’s highest ranking officer, said restricting a commander of authority too severely could undermine an officer’s ability to ensure discipline and order in a unit.

“Our goal should be to hold commanders more accountable, not render them less able to help us correct this crisis,” he said.

Chuck Hagel, US defence secretary, who has called the sexual assaults a “scourge”, has suggested amending the military’s code to prohibit commanders from tossing out verdicts after a trial.

Although Hagel had initially opposed more far-reaching proposals, he has since said he is open to discussing all options.

At Tuesday’s hearing, a Republican senator came under fire after blaming youthful hormones, at least in part, for sexual assaults in the military.

Saxby Chambliss, a Republican from Georgia, said: “The young folks that are coming into each of your services are anywhere from 17 to 22, or 23.

“Gee whiz, the level – the hormone level created by nature sets in place the possibility for these types of things to occur.”

Responding to Chambliss’ remarks, McCaskill said bluntly that “this isn’t about sex”.

“My years of experience in this area tell me they are committing crimes of domination and violence,” she said.

Both Republicans and Democrats back legislation that aims to address rampant sexual abuse. 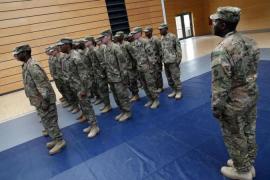 US military: Sexual assaults on the rise

Why are so many in the US military having to endure the misery of sexual assault? 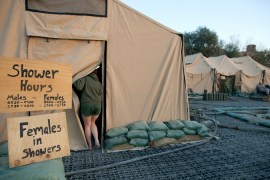 Studies suggest as many as one in three female soldiers are raped during their US military service. 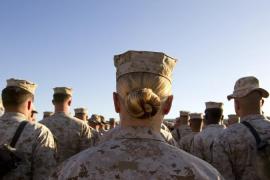 Sexual assault at the US military academies

Sexual assault a “persistent problem” in the US service academies.