Sunni Muslim villagers have killed four Shia Muslim men in Egypt after accusing them of trying to spread their version of Islam, according to security officials.

The four were beaten to death on Sunday in Giza province, near the capital Cairo, in one of the most serious sectarian incidents in Egypt in recent months.

The Health Ministry confirmed the death toll, adding that scores of Shias were seriously injured in the attack.

About 3,000 angry villagers, including ultraconservative Sunni Salafists, surrounded the house of Hassan Shehata, a Shia leader, threatening to set it on fire if 34 Shias inside did not leave the village before the end of the day, according to the officials.

When they refused, villagers attacked them, dragged them along the ground, and partially burned the house, the officials said.

The Shias were performing religious rituals outside the house when they were attacked, according to the officials.

Sectarian violence has increased over the past two years, but usually the targets of Muslim radicals have been Christians, not Shias.

Christians make up about 10 percent of the population.

Shias, who form just one percent of Egypt’s population which is primarily Sunni Muslim, are often accused of being under the influence of Iran, which is ruled by a Shia theocracy.

Recent arrivals in Egypt of small groups of tourists from Iran had to be suspended after protests by hardline Salafists.

A Salafist preacher, Mohammed Hassan, called on Morsi “not to open the doors of Egypt” to Shias, saying that “they never entered a place without corrupting it”. 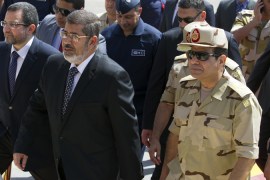 Egypt army vows to step in to prevent unrest 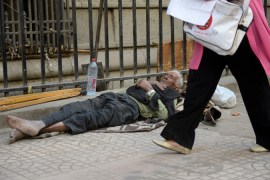 The country braces for soaring debt and another tough economic year. 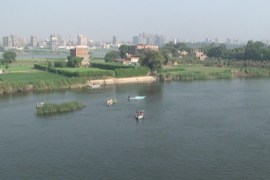 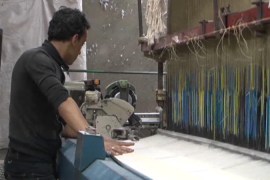