Leaders of the world’s most powerful nations have strongly endorsed calls for a peace conference on the Syria conflict “as soon as possible”, but failed to mention the fate of the Syrian President Bashar al-Assad in a final communique.

At the end of the two-day summit in Northern Ireland on Tuesday, the G8 leaders also called for an agreement on a Syrian transitional government “formed by mutual consent”, and said the military and security services “must be preserved and restored” in a future set-up.

“We remain committed to achieving a political solution to the crisis based on a vision for a united inclusive and democratic Syria,” according to the final communique.

“We strongly endorse the decision to hold as soon as possible the Geneva conference on Syria,” it said.

British Prime Minister David Cameron, the host of the meeting, said it was “unthinkable” that Assad could play a role in a transitional administration in Syria, but the communique made no reference to him.

“You can’t imagine a Syria where this man continues to rule having done such terrible things to his people,” he said at a press conference after the summit as he announced a seven-point plan on Syria.

Cameron said that while it was no secret there were different views, it was necessary to maxmise diplomatic pressure. He added that they agreed to learn lessions from Iraq and make sure there is no power vaccum in Syria.

The G8, including Assad’s key ally Russia, said it was deeply concerned by the “growing threat” from terrorism and extremism in Syria.

The world powers called on the Syrian government and the opposition to “commit to destroying and expelling from Syria all organisations and individuals affiliated to al-Qaeda, and any other non-state actors linked to terrorism”.

G8 leaders also condemned the use of chemical weapons and called on all parties to allow access to the UN investigating team.

They also confirmed additional contributions of almost $1.5bn to meet humanitarian needs in Syria and its neighbours.

Al Jazeera’s James Bays, reporting from Lough Erne in Northern Ireland, said that the news was the increase in humanitarian aid which could help meet the latest UN appeal for $5.2bn.

Meanwhile, Russian President Vladimir Putin said at the press conference that his country could not rule out sending fresh arms shipments to the Syrian government.

Putin said that contrary to reports he did not feel isolated at the Syria talks even though “someone wanted it to be that way”.

He added that Russia’s foreign ministry and the US will be incharge of preparing the underlying principles in the Syrian crisis.

Earlier reports indicated that Putin had clashed with other leaders over the conflict and resisted their attempts to get him to agree to anything that would imply Assad should step down or that Russia should tone down its support for Assad.

US President Barack Obama and his allies want Assad to cede power, while Putin believed that would be disastrous at a time when no clear transition plan existed.

Russia has been Assad’s most powerful supporter as his forces struggle to crush an uprising in which 93,000 people have been killed since March 2011.

The US, Turkey, and European and Gulf Arab states support the rebels, who have lost ground to Assad’s troops in recent weeks.

Russia and the US agree that the warring sides should  be brought together to discuss Syria’s future at a peace conference as soon as July. But one source told Al Jazeera’s Bays that it would most likely be delayed until August.

The US said it welcomed the G8 agreement on Syria and it met with Obama’s objectives in meetings with Putin and other to probe chemical weapons use. 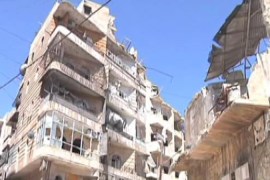 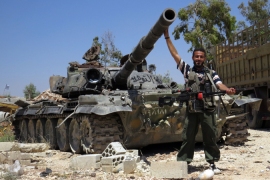 As the US answers the opposition’s call for arms, how does this change the situation on the ground? 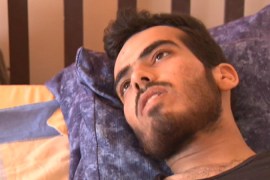 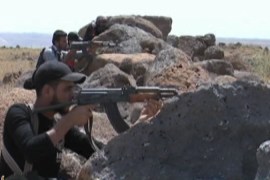