Five men accused of taking part in the September 11, 2001, attacks in the US have appeared in a court in Guantanamo Bay.

They appeared before the judge on Monday for the start of five days of pretrial hearings.

The accused have been charged with terrorism and nearly 3,000 counts of murder. If convicted, they could face the death penalty.

A judge is considering a long list of procedural issues that include whether the defence can have access to confidential records of the International Committee of the Red Cross.

The men were last in court in February. That hearing was dominated by defence concerns that their private conversations with the accused were being monitored.

The government denied any monitoring.

The defendants include self-proclaimed mastermind Khalid Sheikh Mohammed. The government has asked for a trial in late 2014, though it’s likely to be later. 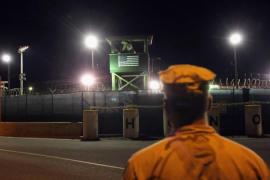 Hungry for justice at Guantanamo

Today marks four months since prisoners, denied access to due process, began a hunger strike in protest of conditions. 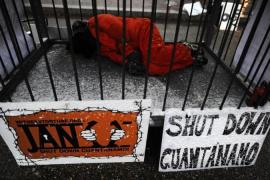 US selects lawyer for ‘closing’ Guantanamo

Cliff Sloan will oversee the closure of the controversial detention camp, sources familiar with the decision say. 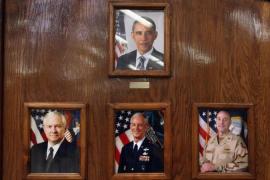 Obama unsure what to do about Guantanamo

US President said the prison is “contrary to who we are” but concrete plans to close the facility remain unclear.