Mexico City has been hit by a series of power outages after a 5.8-magnitude earthquake struck in the centre of Mexico, with officials saying there was no other damage reported.

The quake struck just after midnight local time (0519:GMT), southwest of the city of Huitzuco, in Guerrero state, according to Mexico’s National Seismological Service.

Some restaurants and residential buildings in the capital were evacuated as a precautionary measure.

Buildings shuddered in the city, a witness told the Reuters news agency.

Although the earthquake was felt strongly in the capital, “in the preliminary report, Mexico City was not damaged,” Mayor Miguel Angel Mancera wrote on his Twitter feed.

The US Geological Survey (USGS) downgraded its initial measurement of the quake to magnitude 5.8 from 6.0.

USGS geophysicist Randy Baldwin told Al Jazeera that the earthquake occured at a depth of about 55km, which would help minimise damage. 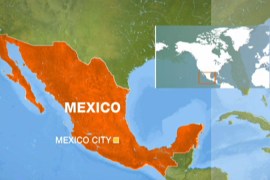 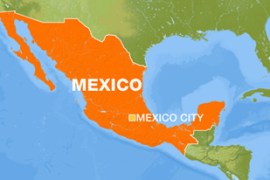 No injuries or damage inflicted by quake, media reports say.

A strong earthquake off the Mexican Pacific coast near Acapulco has sent scared residents as far away as Mexico City fleeing from their homes and offices.