Moderate Hassan Rouhani has secured more than 50 percent of the Iran presidential ballot to win the election, the Interior minister has said.

In a statement, reported by the Iranian media on Saturday, the president-elect hailed his election as a “victory of moderation over extremism.

“This victory is a victory for wisdom, moderation and maturity… over  extremism,” Rouhani, who was backed by reformists, said.

Interior minister Mostafa Mohammad-Najjar told a press conference earlier that Rouhani had won Iran’s presidential election with more than 18 million of the votes.

Najjar said 72 percent of the 50 million eligible Iranians had turned out to vote, and that Rouhani had secured just over the 50 percent of the vote needed to avoid a run-off.

Khamenei congratulated Rouhani and the Iranian people on the the presidential election win, the website leader.ir reported.

“I urge everyone to help the president-elect and his colleagues in the government, as he is the president of the whole nation,” he said.

Al Jazeera’s Soraya Lennie, reporting from Tehran, said that all Rouhani needed was 50 percent plus one vote in order to avoid a run-off.

“Everybody was predicting a very close race and that this would end in a run-off between Rouhani and Qalibaf,” our correspondent said.

The outcome will not soon transform Iran’s long tense relations with the West, call into question its disputed pursuit of nuclear power or lessen its support of Syria’s president in the civil war there – matters of national security that remain the domain of Khamenei.

But the president runs the economy and wields important influence in decision-making and Rouhani’s meteoric rise could offer latitude for a thaw in Iran’s foreign relations and more social freedoms at home after eight years of confrontation and repression under President Mahmoud Ahmadinejad.

Though an establishment figure, Rouhani is a former chief nuclear negotiator known for his nuanced, conciliatory approach.

He has pledged to promote a policy of “constructive interaction with the world” and to enact a domestic “civil rights charter”.

Tens of thousands of jubilant Iranians took to the streets of Tehran, toting pictures of 64-year-old Rowhani and chanting pro-reform slogans as news of his victory spread.

At the last presidential election in 2009, the jubilation of crowds sensing a reformist victory in Tehran turned to shock and

anger after results showed Ahmadinejad had won, a result opposition leaders said was rigged. Security forces crushed the protests and authorities insisted the result was fair.

This time, Iranian authorities and the candidates themselves, including Rouhani, discouraged large street rallies to forestall any possible flare-up of violent instability in the sprawling OPEC member state of 75 million people.

Britain’s former Foreign Secretary Jack Straw, who dealt with Rouhani during nuclear negotiations from 2003 to 2005, called him a “very experienced diplomat and politician”.

“What this huge vote of confidence in Dr Rouhani appears to show is a hunger by the Iranian people to break away from the arid and self-defeating approach of the past and for more constructive relations with the West,” he said before Rouhani’s victory was declared.

“On a personal level I found him warm and engaging. He is a strong Iranian patriot and he was tough, but fair to deal with and always on top of his brief.”

Ahmadinejad still has about a month and a half of his presidency left and then Rouhani will be sworn in. 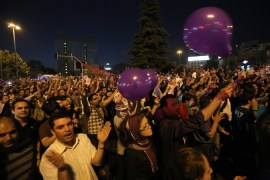 US prepared to ‘engage Iran directly’ 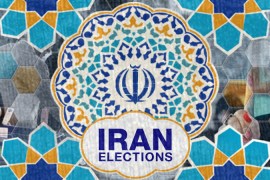 Follow all our in-depth coverage as Iranians head to the polls.