The US is boosting military support to the main Syrian rebel group after determining that the government has used chemical weapons against the opposition, a top White House official has said.

“The president has made a decision about providing more support to the opposition, that will involve providing direct support to the [Supreme Military Council], that includes military support,” Deputy National Security Advisor Ben Rhodes told reporters on a conference call on Thursday.

“This is going to be different in both scope and scale in terms of what we are providing to the SMC than what we have provided before.”

The Supreme Military Council is the military wing of the main civilian opposition group.

However, a senior pro-Kremlin Russian lawmaker said that such information was fabricated and suggested the US would use it to justify intervention in the conflict.

“Information about the use by Assad of chemical weapons has been fabricated in the same place as the lies about [Saddam] Hussein’s weapons of mass destruction,” said Alexei Pushkov, head of the foreign policy committee in the lower chamber of the Russian parliament.

The US, working with European allies, concluded that the Syrian regime has used chemical weapons against the rebels, killing up to 150 people.

The casualty data was likely to be incomplete, the White House said, and explained that it had no reliable, corroborated information to suggest that the Syrian opposition in the country’s civil war had acquired chemical weapons.

“Our intelligence community assesses that the Assad regime has used chemical weapons, including the nerve agent sarin, on a small scale against the opposition multiple times in the last year,” Rhodes said.

Rhodes said in a written statement that the Syrian government’s refusal to grant access to the UN to investigate credible allegations of chemical weapons use had prevented a comprehensive investigation as called for by the international community.

The White House said in a statement issued late on Thursday that the use of chemical weapons “violates international norms and crosses clear red lines”.

Earlier, the United Nations said the number of those killed in the Syrian conflict had risen to about 93,000 people.

President Barack Obama has said repeatedly that the use of chemical weapons would cross a “red line” and constitute a “game changer” for US policy on Syria, which until now has focused entirely on providing the opposition with nonlethal assistance and humanitarian aid.

“The president has said that the use of chemical weapons would change his calculus, and it has.”

Rhodes did not say if the United States was moving towards directly arming the rebels battling Assad, but said Obama “will be consulting with Congress on these matters in the coming weeks.”

“The United States and the international community have a number of other legal, financial, diplomatic, and military responses available. We are prepared for all contingencies, and we will make decisions on our own timeline,” he said. 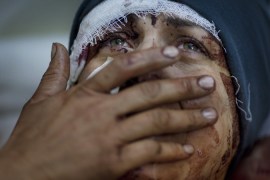 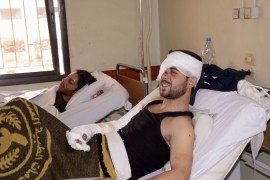 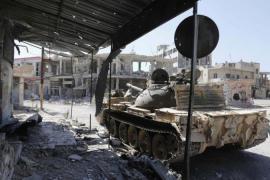