A Syrian government official on Wednesday denounced the attack that occurred a day earlier, saying it was a “massacre” of civilians.

The Britain-based Syrian Observatory for Human Rights said at least 60 people were killed in the village of Hatla in the oil-rich province of Deir al-Zour, bordering Iraq.

A video supplied by the Observatory showed masked fighters shouting, “Here are the Mujahidin [Islamist fighters] celebrating entering the homes of the rejectionists, the Shias.” The authenticity of the video could not be independently verified.

The fighters added that they “burned the homes” of the Shia residents.

The reported killings highlight the sectarian nature of Syria’s conflict that has killed more than 94,000 people, according to the UN. Both sides in the fighting have been accused of abuses, with the UN saying that war crimes are a “daily reality” in Syria.

Thousands of rebels took part in the attack and at least 10 of them were killed in the fighting, said the Observatory.

In Damascus, a government official told the AP news agency that the rebels “carried out a massacre against villagers in which older people and children were killed”.

Opposition sources told Reuters news agency that “agents” of President Bashar al-Assad had been trying to recruit and arm fighters for his cause, and the Observatory claimed most of the dead were pro-Assad Shia militiamen.

The fighting in Deir al-Zour came a week after Syrian troops, backed by Lebanon’s Shia Hezbollah group, captured the strategic town of Qusayr near the Lebanese border after nearly three weeks of fierce battles that killed dozens of troops, rebels and Hezbollah members. 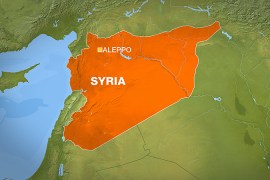 Fighters reportedly shot dead a boy they accused of committing blasphemy in the northern city of Aleppo. 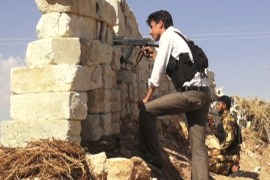 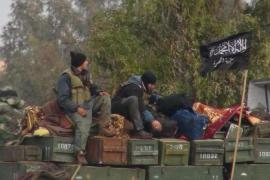