The son of former Pakistani Prime Minister Yousuf Raza Gilani has been kidnapped during a campaign rally in his hometown of Multan.

Ali Haider Gilani was taken during gunfire at the rally, which apparently killed his personal secretary and injured others.

“People came on a motorbike. They also had a car with them and they opened fire and abducted Yousuf Raza Gilani’s son Ali Haider in a black Honda,” police officer Khurram Shakur said.

He is running from two constituencies – NA-151 and NA-152 – as an independent candidate for the provincial assembly, but is a member of the Pakistan People’s Party which completed its five years in government.

Rehman Malik, the former interior minister and a PPP leader, spoke to Al Jazeera in the aftermath of the kidnapping.

“There is a war going on between pro- and anti-Taliban forces in this country. They have captured the son of our leader. We are saddened by this and praying that he is safely recovered.”

Al Jazeera’s Imtiaz Tyab, reporting from Pakistan, said: “What we understand is that a group of armed men stormed this rally and at least eight people were injured and one was killed.”

Ali Musa, elder brother of Ali Haider, said: “We want our brother back tonight. If we don’t get him, we will not allow elections to be held in our area.”

The family of Yousuf Raza Gilani is one of the most powerful in the area and this will have a huge impact on the vote, our correspondent said.

“We have not heard of any group claiming responsibility, but the PPP has been the target of a very concerted effort by the Pakistani Taliban to stop them campaigning ahead of this vote.”

Saturday’s vote will be a democratic milestone in a country ruled for half its history by the military but the campaign has been marred by Taliban threats and attacks against mostly secular parties which have killed more than 110 people since mid-April.

The Pakistani Taliban has said the group has dispatched suicide bombers to mount attacks on polling day on Saturday. 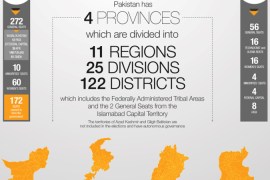 Infographic: How the Pakistan elections work

Explaining polling process in the May 11 vote for national and provincial assemblies across the nation of 182 million. 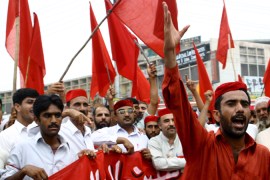 Learn about six of the most prominent parties contesting the country’s 2013 general elections. 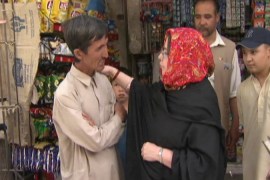 No fear for Pakistan female candidate 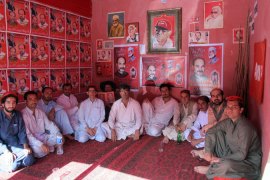 Pakistan’s politicians and voters say violence has only spurred them on to engage further in democratic processes.