Millions of Malaysian voters turned out to cast their ballots in what is considered the tightest race for a prime minister and parliament in recent history.

The election has polarised the nation of 28 million people, with the powerful ruling Barisan Nasional coalition, led by Prime Minister Najib Razak, contesting against a revitalised Pakatan Rakyat opposition, led by Anwar Ibrahim, looking to unseat its rival for the first time since independence from Britain in 1957.

Voting took place at 8,200 polling centres across the country after a last-minute campaign frenzy that went until midnight.

A massive front-page headline on The Star newspaper proclaimed a “Day of Reckoning”. The newspaper reported that bus and train terminals were swamped with voters travelling to their home districts to cast ballots.

“This election is crucial for the country. This is the first time there has been such a narrow margin. It’s the first time that citizens are being heard by both sides. We are moving towards democracy,” Shanaz Zain, 35, told Al Jazeera after casting his vote.

Both sides have expressed confidence in the outcome, but unofficial opinion polls have put the overall results as too close to call.

The streets of the capital, even in Gan’s usually bustling area, were quiet and security presence was light despite the bitter campaign marked by allegations of election fraud and hundreds of reports of violence by rights groups.

Police have banned all victory parades and street demonstrations after the results are announced.

“We are on full alert to prevent any disturbances from happening, and all policemen have been ordered to maintain law and order at polling stations,” Khalid Abu Baker, deputy inspector-general of police, told The Star newspaper.

The opposition has already warned of a disputed result and has accused the ruling coalition of flying in tens of thousands of foreigners from South Asia to tip the balance in hard-fought constituencies.

The government said it had arranged some incoming flights, but said they were part of a voter-turnout drive.

The non-removable ink was used for the time, but many said using detergent or bleach can remove marks on fingertips.

“I wash it with Dettol and the ink all came off, it should not come off according to the authority,” said Tan, a voter. “It’s not a problem for me, but what I think, there will be a lot of fraud will be perpetrated as a result of this removal of the ink.”

However, Ahmed Omar, deputy chariman of the election commission, said that “no fraud is possible” because “names only register once.”

At a rally last night, Anwar told supporters: “I warn the Election Commission and the government again that the people will not tolerate any electoral fraud. We will be vigilant of all suspicious activities.”

The 13-party ruling coalition is banking on robust economic growth, averaging about 5 percent annually, and fears of instability brought on by a possible transfer of power. It has painted the opposition as fractious and pro-Islamic.

The three-party opposition, known as Pakatan Rakyat, has campaigned against corruption and pledged to roll-back a decades old quota system that favours ethnic Malays in schools, business contracts and civil service jobs.

“We’ve waited five years for this moment. I don’t mind waiting a little longer,” a voter who identified himself as Gary R, told Al Jazeera.

“The old world has to give way to the new.”

Razak voted in his hometown on Sunday Pekan, Pahang state, 240km east of the capital Kuala Lumpur, and opposition leader Ibrahim in his hometown Permatang Pauh, in Penang state in northern Malaysia. 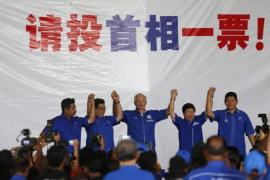 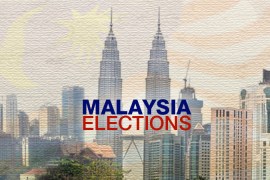 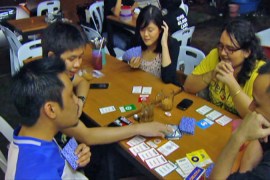 Rival campaigns use social media to reach young voters who make up almost half of electorate. 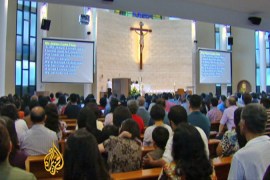